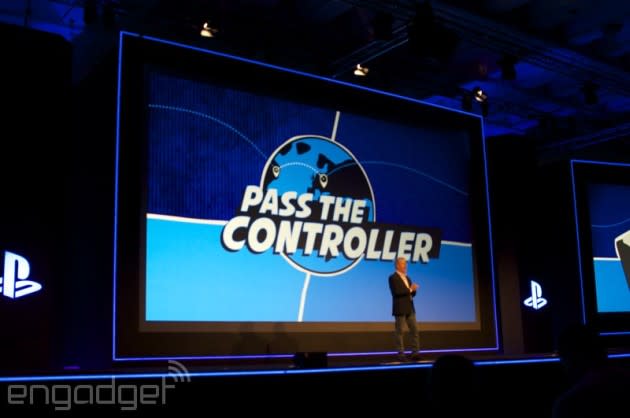 We just got a closer look at some of the big-name titles coming to the PS4 from Gamescom, but Sony Computer Entertainment CEO Jim Ryan just took a moment to talk about SharePlay. It's slated to come as part of the PS4's 2.00 update in the fall, and it's perhaps not quite what you'd expect -- the feature essentially lets you "share" your copy of a game (any game!) with online friends who also have PlayStation Plus. Sony refers to the resulting co-op experience as a "virtual couch," from which you can jointly tackle challenges in games, and yield control of your avatar to remotely situated pals who are better equipped to beat a game than you are. Sure, that'll require acknowledging someone else's gaming superiority, but at least you won't have to deal with their gloating in person.

In this article: gaikai, gamescom2014, hdpostcross, playstation, playstation4, PlaystationNow, ps4, share play, shareplay, sony, streaming
All products recommended by Engadget are selected by our editorial team, independent of our parent company. Some of our stories include affiliate links. If you buy something through one of these links, we may earn an affiliate commission.