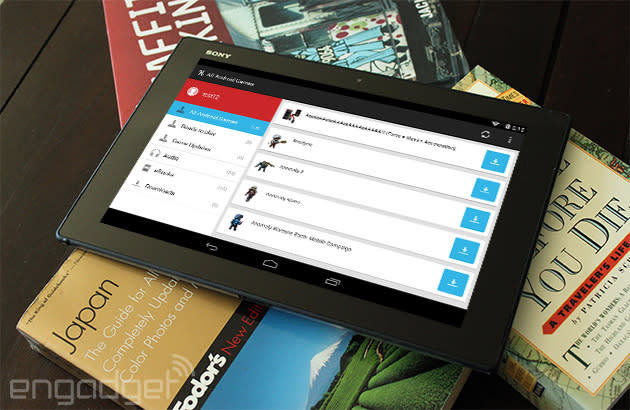 As great as Humble Bundle is at bringing content to your devices on the cheap, it's worth pointing out that its Android app has been a bit lackluster -- at least until today. Even though the application wasn't completely terrible per se, there's no doubt its looks and functionality could benefit from a makeover. The good news is there's a new Humble Bundle app on Google Play, featuring a redesigned, cleaner user interface and some novel tools for fans of the service to use. In addition to the fresh, more intuitive design, the app now lets you sideload APKs with more ease and, for the first time, download e-books and music directly to it. It's also easier to keep track of your purchases, including old and new, which is definitely a good thing if you often get in on the Humble deals. Let us know in the comments below if you're liking the new app so far.

In this article: Android, Google, hdpostcross, Humble Bundle, Humble Bundle app, HumbleBundle, mobilepostcross
All products recommended by Engadget are selected by our editorial team, independent of our parent company. Some of our stories include affiliate links. If you buy something through one of these links, we may earn an affiliate commission.