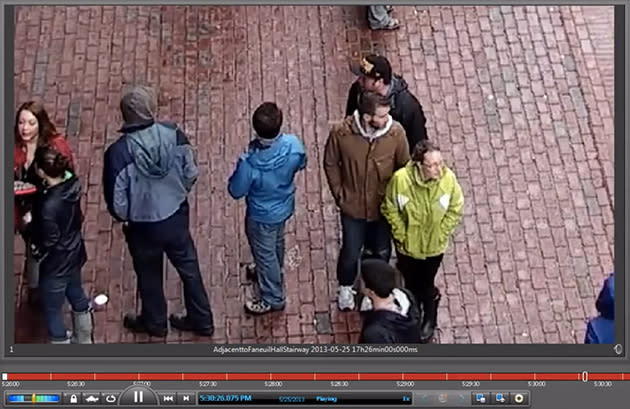 With perhaps the exception of the bands on stage, no one really goes to a concert to be seen -- they go to feel the music coursing through their veins and melt into a crowd. As it turns out, fun-seekers at the 2013 Boston Calling music festivals weren't just caught on film by photographers and Instagram nuts. According to recent, intriguing reports from Dig Boston and Noisey, the city was quietly watching thanks to more than 10 active security cameras and some scarily clever IBM software that recognized concert-goers and passersby based on their skin color, clothes, and facial features. Smile!

All of that visual data was relayed back to a command center of sorts where members of the city government and the Boston Police chewed on it, along with social media snippets that helped flesh out their understanding of the crowd's actions. It's not hard to see why a city still recovering from a senseless terrorist attack would want to dial up the level of security at a pair of huge concerts. To hear Dig tell the tale, the city hoped to use that preponderance of data to (among other things) identify "suspicious objects," find logistical logjams and keep an eye out for possibly sketchy characters.

The scope of the test project was at the same time impressive and unnerving: An IBM memo unearthed by the Dig Boston team purportedly outlined plans to use that face capturing tech on every one of the show's attendees. Even more unnerving than the notion of being silently surveilled is the fact that some of that data remained accessible well after the concerts came to a close. Kenneth Lipp, one of the journalists who broke the story for Dig, told Vice's Noisey that he was able to recover a full 70 hours of recorded footage from the concerts just before the team pulled the trigger on their story -- keep in mind, it's been nearly a year since the second monitored Boston Calling came to a close.

In this article: boston, facialrecognition, ibm, surveillance
All products recommended by Engadget are selected by our editorial team, independent of our parent company. Some of our stories include affiliate links. If you buy something through one of these links, we may earn an affiliate commission.