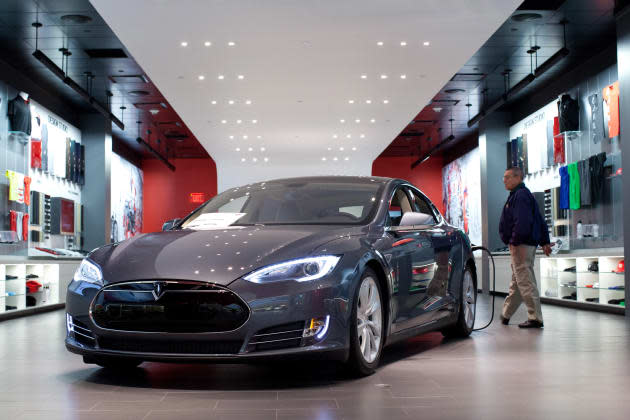 A few weeks ago, Edmunds posted its findings after blazing the highways in Tesla's Model S for nearly a year and a half. In addition to falling short of the promised 265-mile range, a series of service trips saw the drive unit replaced three separate times. Today, CEO Elon Musk announced via the company blog that the warranty on that part has been extended to match the battery pack's infinite mile coverage. The unit will be replaced within eight years no matter the odometer reading. What's more, the new warranty terms apply to any Model S built thus far -- not just the popular 85kWh model cited in the report. "If we truly believe that electric motors are fundamentally more reliable than gasoline engines... then our warranty policy should reflect that," Musk noted in the post.

In this article: electriccar, ev, models, tesla, teslamodels, transportaion, warranty
All products recommended by Engadget are selected by our editorial team, independent of our parent company. Some of our stories include affiliate links. If you buy something through one of these links, we may earn an affiliate commission.