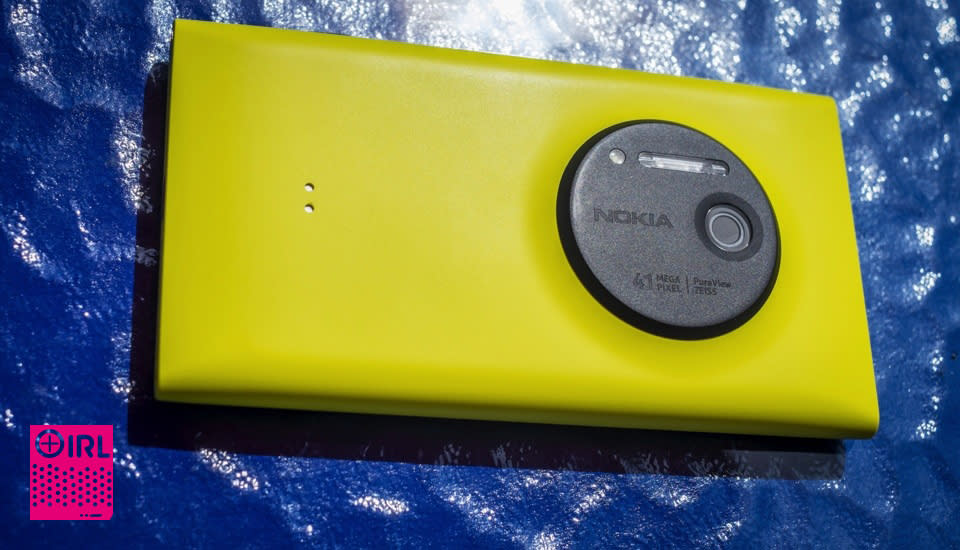 "Is that the Lumia with the crazy camera? How do you like it?"

And, after a year, I still offer up the same basic response.

But after 12 months, and with a slew of new handsets on the way, it's time to reevaluate if my bright yellow Lumia 1020 is still the best choice as my daily driver. Is being great good enough?

The camera, of course, is the first thing waiters and passers-by ask about. That 41-megapixel sensor is still impressive and I don't hesitate to sing its praises. The Lumia 1020's rear shooter is certainly the main reason I decided to return to the Windows Phone ecosystem.

There's plenty I still love about this phone and, particularly, its camera. The xenon flash is properly powerful (and can trigger my external flashes if I wanted). Its low-light performance makes it the go-to shooter if I'm among friends in a dark restaurant or bar. Nokia's camera software, with its suite of manual controls, is also a highlight, even if the UI can be a bit fiddly at times.

Meanwhile, the phone itself remains a solid performer, dutifully carrying out nearly all the tasks I need from a smartphone. While the still camera gets most of the attention, the 1020's audio-recording chops are also astounding. Clips taken at live concerts have clear, full sound, whereas other smartphone mics seem easily overwhelmed. The recent 8.1 update also brings some great new features I'm still exploring.

You knew that was coming, right? As much I've enjoyed the past year, it hasn't exactly been a trouble-free experience. That feature-packed camera software I love so much can take ages to load on the 1020's Snapdragon S4 Plus-based hardware.

And by "ages," I mean six to nine seconds from icon press to shutter snap, which is plenty of time for impromptu moments to come and go. For comparison, a colleague's HTC One M7 can snap a pic within three seconds and my wife's Nexus 4 manages similar times. Microsoft's default camera app loads quicker, but I prefer the manual options in Nokia's offering. Of course, camera specs and apps are different among phones, but the main takeaway is my 1020 can take impressively detailed images -- if I'm willing to wait.

Beyond the sluggish responsiveness, I'm not even sure I need such a capable shooter on my phone anymore. Two years ago when the 808 PureView first piqued my interest, my main shooter was a bulky Nikon DSLR that weighed close to 1kg with a battery and lens. Having a crazy-good camera attached to my phone had a lot of appeal at that point in my life. These days, my Fuji X-E2 weighs a bit less and is much more discreet. In short, my phone's picture-taking abilities aren't quite as important now that my main camera isn't such a chore to carry around.

And despite the ongoing ecosystem improvements and additions found in Windows Phone 8.1, there are still a few missing features and apps I would love to see for both work (HipChat) and play (Fujifilm's WiFi image-transfer app, a whole list of games).

Overall, though, I've few regrets one year later. Having been an early adopter of WP7, I knew what I was getting myself into by picking up the Lumia 1020. I got a solid smartphone that's capable of excellent image and audio capture, all wrapped in a can't-miss-it shade of banana yellow polycarbonate. I'll still be closely examining the upcoming range of smartphones to see if one of them makes more sense for me now, but these past 12 months have been time well spent.

In this article: engadgetirl, irl, microsoft, mobilepostcross, nokia
All products recommended by Engadget are selected by our editorial team, independent of our parent company. Some of our stories include affiliate links. If you buy something through one of these links, we may earn an affiliate commission.