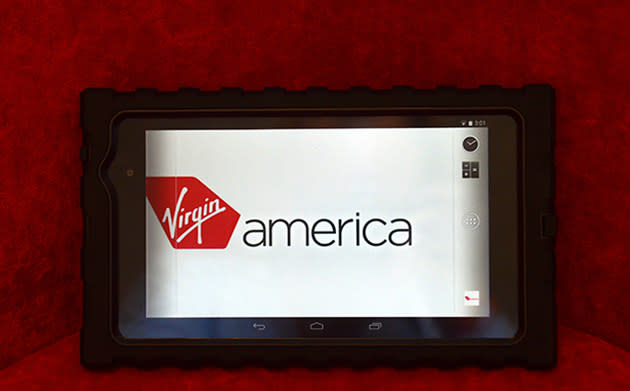 Nexus 7 tablets will soon be a common sight on Virgin America planes, but unlike other airlines that lend passengers tablets for entertainment, you can only use them if you're part the crew. On a VA plane, you can easily order grub by pressing a special "food button" on an in-flight entertainment system's touchscreen panel or on a seat's armrest remote control. When you do press the button, the order's relayed to (you guessed it) a tablet connected to the system. Well, the company felt that it was time to replace its old tablets, so its employees took the Nexus 7 for an obviously successful 30-day test run. Branson and his cohorts (who've decided to call the modified 7-inch device the CrewPad) have already begun handing out new tablets to flight crew members. But, with a 9-inch entertainment system in front of them and several programming options to keep them occupied, it's not like passengers have any reason to feel envious.

In this article: google, mobilepostcross, Nexus7, VirginAmerica
All products recommended by Engadget are selected by our editorial team, independent of our parent company. Some of our stories include affiliate links. If you buy something through one of these links, we may earn an affiliate commission.