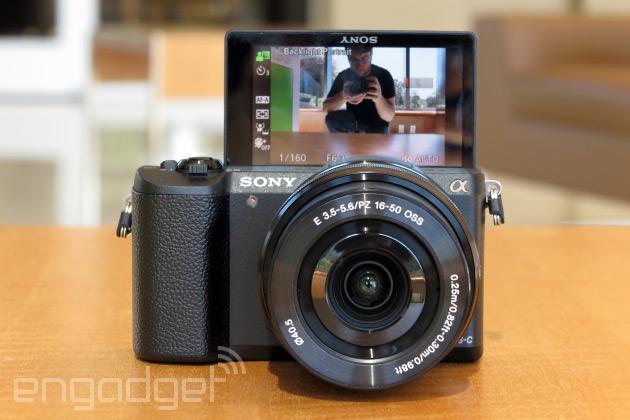 If you've been holding out on purchasing an Alpha 6000 because you don't need an electronic viewfinder, Sony's got a mirrorless camera just for you. Internally, the Alpha 5100, which replaces the NEX-5T, is nearly identical to its pricier counterpart, with a 24.3-megapixel sensor and a BIONZ X processor. You also get a 16-50mm f/3.5-5.6 power-zoom lens, bundled with the camera for $700 ($550 for the body only), and the same hybrid focusing system, letting you acquire a subject in as little as 0.07 second. It excludes an EVF, but the A5100 does have a 921k-dot display (with touch functionality this time) that flips forward 180 degrees for self-portraits. There's also built-in WiFi, XAVC S video capture and a top sensitivity of ISO 25,600. It ships next month in black and white. 17
In this article: a5100, alpha, alpha5100, camera, cameras, hands-on, ilc, mirrorless, nex, sony
All products recommended by Engadget are selected by our editorial team, independent of our parent company. Some of our stories include affiliate links. If you buy something through one of these links, we may earn an affiliate commission.