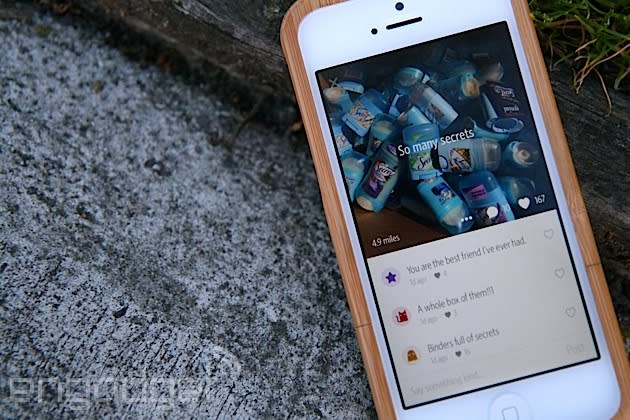 Secret's app is ostensibly meant for office gossip and getting transgressions out of your system, but it has also been abused by bullies wanting to intimidate and shame others. Well, one Brazilian judge is fed up with that misuse -- enough so that he's ordering Apple and Google to remove Secret not just from their respective local app stores, but from people's devices. Microsoft also has to yank Cryptic, an equivalent Windows Phone app. If the companies don't take action within 10 days, they face fines of 20,000 Reals ($8,876) per day. That's a drop in the bucket given their massive revenue streams, but it's reasonable to say that they'd rather not pay that much just to keep one title available in one country.

The request is certainly feasible. All three companies have removed apps from their stores, and they can technically pull or block software installed on gadgets. However, that last measure is primarily used as a last resort, such as in the event of a malware outbreak; Apple, Google and Microsoft might be reluctant to act unless they have no choice. Whether or not they're stuck isn't clear. Brazil's Constitution bars anonymous attacks that don't let you defend yourself, but there are arguments both that the data isn't truly anonymous (Secret knows the culprits) and that the ban hurts freedom of expression. Don't be shocked if one or more tech firms contest the ruling.

In this article: android, apple, appstore, brazil, bullying, google, googleplay, internet, ios, ipad, iphone, law, microsoft, mobilepostcross, ruling, secret, socialnetworking, windowsphone, windowsphonestore
All products recommended by Engadget are selected by our editorial team, independent of our parent company. Some of our stories include affiliate links. If you buy something through one of these links, we may earn an affiliate commission.