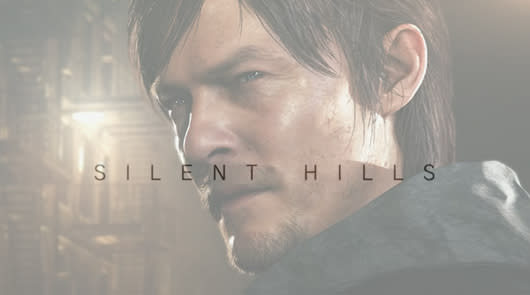 The playable teaser for Hideo Kojima and Guillermo del Toro's Silent Hills offers a hint at the game's premise: aliens. A creepy Swedish radio broadcast outlines a world of tortured paranoia, including the phrase, "The radio drama from 75 years ago was the truth," as translated by YouTube user dimhoLten. This timeline aligns with Orson Welles' radio performance of The War of the Worlds on October 30, 1938.

Welles' broadcast of The War of the Worlds incited mass panic among the US radio audience, as it was presented as a series of news bulletins describing a live alien invasion, which many listeners took at face value. The radio drama was based on HG Wells' 1898 novel The War of the Worlds.

The Silent Hills translation adds, "They are here, on our Earth. And they oversee and see all. Don't trust the news. Don't trust the police. They are already controlled by them. So has it been for 75 years now."

Silent Hills stars The Boondock Saints and The Walking Dead actor Norman Reedus, and there's no release date or platform announcements just yet, though the teaser was revealed at Sony's Gamescom conference.

See the full radio translation from dimhoLten below:

Låt dina öron lyssna till radion.
(Let your ears listen in to the radio.)

Hör du min röst?
(Do you hear my voice?)

Kan du höra din egen själs skrik?
(Can you hear the screams of your own soul?)

Du kan välja.
(You can choose.)

Klok som du är, så kanske du redan upptäckt det.
(Wise as you are, you may already have noticed.)

Då radiodramat från 75 år sedan var sanning.
(As the radio drama from 75 years ago was the truth.)

De är här, på vår jord. Och de övervakar och ser allt.
(They are here, on our Earth. And they oversee and see all.)

Du har en rätt. En rätt att bli en av oss. Så välkommen till vår värld.
(You have a right. A right to become one of us. So welcome to our world.)

In this article: aliens, guillermo-del-toro, hg-wells, hideo-kojima, orson-welles, playable-teaser, pt, Silent-Hills, the-war-of-the-worlds, war-of-the-worlds
All products recommended by Engadget are selected by our editorial team, independent of our parent company. Some of our stories include affiliate links. If you buy something through one of these links, we may earn an affiliate commission.