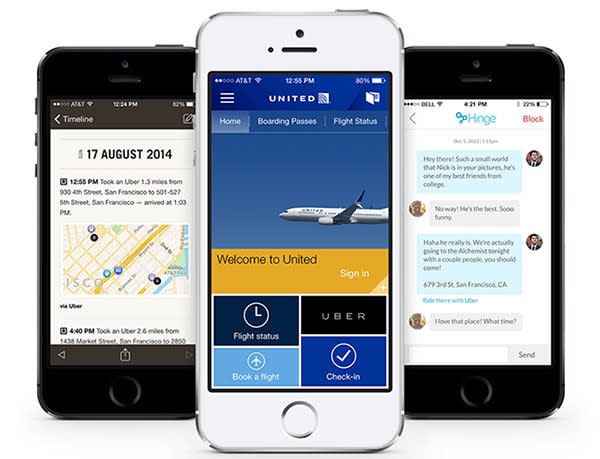 Uber, the on-demand car startup that's apparently twice as valuable as SpaceX, apparently isn't satisfied with just one paltry mobile app. That's why it finally did what many Silicon Valley prognosticators thought it would: it launched a free API (application programming interface, if you were curious) to coax developers into baking Uber features into their apps. The company's ultimate goal? To quietly invade the rest of your mobile world so you can't help but flag down a black town car with your smartphone someday.

Let's back up for a second: what's an API? Long story short, think of it as the not-so-secret sauce that lets app creators tap into data from other companies for use in their own software. Companies who open APIs up to the public have some tough decisions to make, like exactly what sort of data everyone gets access to. In this case, Uber says apps you make "can pass a destination address to the Uber app, display pickup times, provide fare estimates, access trip history and more."

Anyway, moving on. For now, Uber has 11 app partners in its stable, and the full list is... eclectic to say the least. Sure, it makes sense for travel players like TripAdvisor, Hyatt Hotels, United Airlines and OpenTable to get in on the action - after all, what good is crafting an itinerary if you don't have the means to get around? A few of the others like Starbucks and social dating app Hinge, seem like more of a stretch. Are you ever really that desperate for a caramel frappuccino? For the sake of your glucose levels, we hope not. Here's the thing though: don't expect to download all these apps and start hailing Escalades in an instant. The company said in its official announcement that this functionality will only be available to "a small set" of app partners for now, though it didn't elaborate on who they were.
In this article: api, apps, developers, uber
All products recommended by Engadget are selected by our editorial team, independent of our parent company. Some of our stories include affiliate links. If you buy something through one of these links, we may earn an affiliate commission.