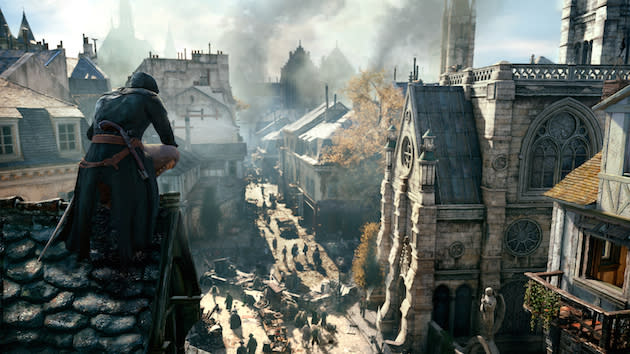 It turns out Electronic Arts' Access program has at least one high-profile spectator: Ubisoft CEO Yves Guillemot. The Assassin's Creed and Watch Dogs company's head says that Ubisoft is keeping a keen eye on what that type of service can offer players, telling Game Informer that he's open to "any way" of giving fans access to Ubisoft's games. However, "it has to work well and be a smooth experience," he says. An Access-like system seems like the natural progression that the French company's been building toward for awhile, albeit slowly, putting various pieces in place and testing them out over time. Given Ubisoft's checkered history with DRM issues and that Uplay Passport system, though, it's probably better if Guillemot lets someone else deal with the growing pains with this time 'round.

In this article: drm, eaaccess, EAccess, gaming, hd, hdpostcross, Ubisoft, uplay, YvesGuillemot
All products recommended by Engadget are selected by our editorial team, independent of our parent company. Some of our stories include affiliate links. If you buy something through one of these links, we may earn an affiliate commission.