Huawei tops the worldwide smartphone market for the first time

Huawei boosts smartphone sales in China by a whopping 66 percent 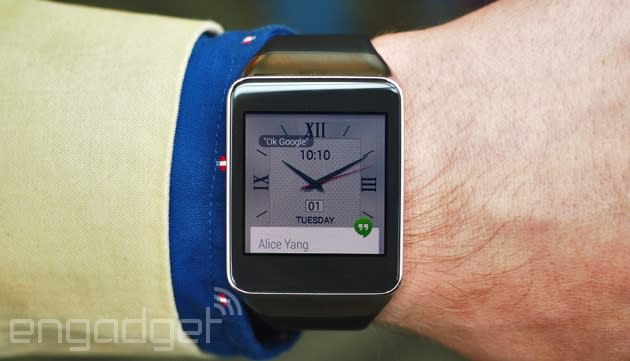 In case you had any doubts that wearable devices were catching on, Canalys just delivered some tangible proof. The analyst group estimates that the tech industry shipped a total of about 6 million smartwatches and fitness trackers in the first half of 2014, or nearly 700 percent more than it managed a year earlier. Not surprisingly, most of the watches were Samsung devices -- the Korean company's rapid-fire Gear watch releases made it almost ubiquitous. Pebble and Sony also did well in this fledgling space. Fitbit and Jawbone, meanwhile, moved many of the simpler wristbands.

Having said this, wearables are still far from hitting the mainstream. Mobile device makers shipped over 300 million smartphones in the second quarter of the year alone; smart wristwear ultimately represents a drop in the bucket. And that's also assuming that it's selling well. Samsung's quick reinvention of the Gear line was an admission that it didn't have many fans early on. Shipments may be up across the board, but it's possible that some of the companies involved are struggling. All the same, interest isn't likely to cool down any time soon -- between the arrival of Android Wear and rumors of watches from Apple and Microsoft, the category may just be getting started.

In this article: canalys, fitbit, fitnesstracker, google, jawbone, pebble, samsung, smartwatch, wearable
All products recommended by Engadget are selected by our editorial team, independent of our parent company. Some of our stories include affiliate links. If you buy something through one of these links, we may earn an affiliate commission.