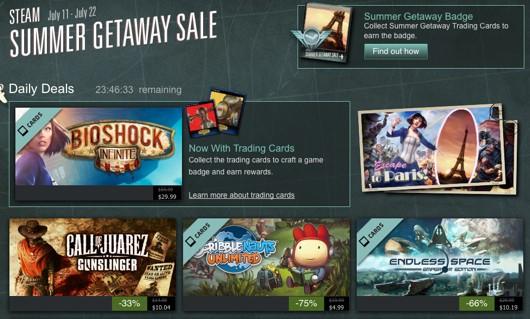 Console games may still occupy a large amount of retail space with physical copies, but PC games are another story altogether, according to research firm DFC Intelligence. The organization told website PC Retail that 92 percent of all PC games sold across the world in 2013 were distributed digitally, and that the number is expected to grow.

DFC also told PCR earlier this year that PC gaming had exceeded consoles in terms of revenue, but with a new generation of consoles - both of which are offering more games digitally on the same day as their physical counterparts - both of these claims could change by the time we look back on 2014. But then, we also know how well our wallets fare during a Steam sale ('not well' is the answer).

Really, it's anybody's guess as to where the market will shift. In the meantime, analysts gonna analyze.
[Image: Valve]
In this article: business, dfc-intelligence, digital-distribution, pc, steam, valve
All products recommended by Engadget are selected by our editorial team, independent of our parent company. Some of our stories include affiliate links. If you buy something through one of these links, we may earn an affiliate commission.