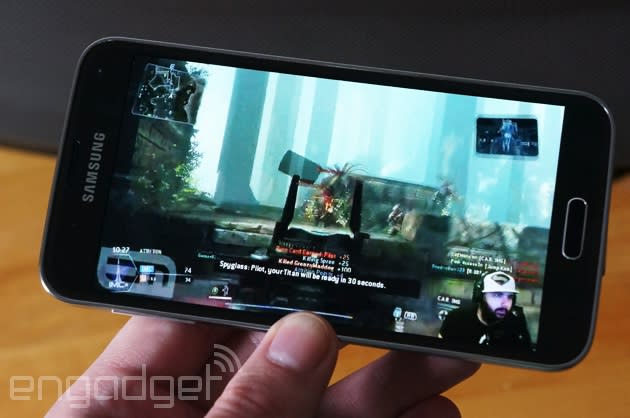 It's official: after plenty of rumors about both Google and Amazon buying massively popular video streaming service Twitch, Amazon announced it as official this afternoon. Amazon is buying Twitch for $970 million in cash, though it's yet to go through government approval. Amazon head Jeff Bezos is pretty excited about the deal and, apparently, about gaming:

"Broadcasting and watching gameplay is a global phenomenon and Twitch has built a platform that brings together tens of millions of people who watch billions of minutes of games each month – from The International, to breaking the world record for Mario, to gaming conferences like E3. And, amazingly, Twitch is only three years old."

Update: Twitch is currently streaming a live town hall meeting to discuss the deal, you can watch it here or embedded after the break.

Yes, the head of Amazon did just shout out Valve's annual "The International" game tournament. Sure. Anyway, Twitch released its own statement about the deal. In it, CEO Emmett Shear thanks the Twitch community for believing in his company. He also details why he and his executive team chose Amazon:

"We chose Amazon because they believe in our community, they share our values and long-term vision, and they want to help us get there faster. We're keeping most everything the same: our office, our employees, our brand, and most importantly our independence. But with Amazon's support we'll have the resources to bring you an even better Twitch."

Earlier this year, reports from a variety of publications cited ongoing talks between Twitch and YouTube-owner Google about an acquisition. VentureBeat even went as far as to "confirm" the deal; reports surfaced this morning about the Amazon deal, which Bezos and co. confirmed this afternoon.

Today's news isn't Amazon's first foray into gaming. The company previously purchased game dev studio Double Helix and hired up a sizable staff of game industry veterans to operate what's now known as "Amazon Game Studios." Heck, Amazon released a gamepad with its Fire TV set-top box and launched one of its own games (Sev Zero) alongside the box.

Twitch is the most widely-used live game streaming service, besting competitors like Ustream and even the mighty YouTube. The service, previously known as Justin.tv, primarily hosts livestreams of gaming content, though it's also used for live events and other broadcast functions. The service is built into both the PlayStation 4 and Xbox One, though it originally gained popularity with the PC gaming crowd. As of late, it's become the go-to service for livestreamed gaming events, from the aforementioned annual Valve tournament to the major press conferences at the game industry's annual trade show, E3.

Watch live video from Twitch on www.twitch.tv
In this article: acquisition, amazon, business, gamestreaming, livestreaming, poll, twitch, wedgies
All products recommended by Engadget are selected by our editorial team, independent of our parent company. Some of our stories include affiliate links. If you buy something through one of these links, we may earn an affiliate commission.