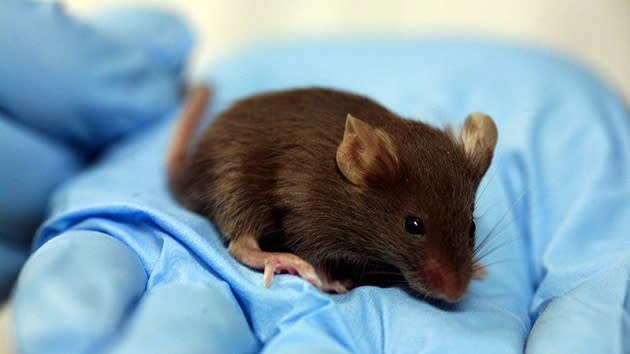 Researchers have had success growing organs in controlled lab environments, but repeating that feat inside a complex, messy animal body? That's more than a little tricky. However, researchers at the University of Edinburgh have managed that daunting feat for the first time. They've grown thymus glands inside lab mice by "reprogramming" the genes in tissue-regenerating cells and partnering those with support cells. The team didn't have to use scaffolds or other "cheats" to trigger the growth; it just injected the cells and waited. There weren't even any obvious limitations. The organs were full size (unlike the baby-like results from some experiments), and they were just as efficient at producing virus-fighting T-cells as the real deal.

The catch, as you might have guessed, is the scale. Mice aren't nearly as challenging to work on as humans, and the thymus is one of the simplest organs in any animal. It wouldn't be nearly as easy to give you a new heart or lung. If the University keeps making progress, though, it could shake up the transplant process. Patients wouldn't have to wait for donors whose tissues are good matches, and people who've lost much of their immune system (such as bone marrow transplant recipients) could rebuild faster. You won't get on-demand organs any time soon, but the concept isn't as far-fetched as it once was.

In this article: cell, embryo, fibroplast, medicine, mice, mouse, organ, science, thymus, transplant, UniversityOfEdinburgh, video
All products recommended by Engadget are selected by our editorial team, independent of our parent company. Some of our stories include affiliate links. If you buy something through one of these links, we may earn an affiliate commission.