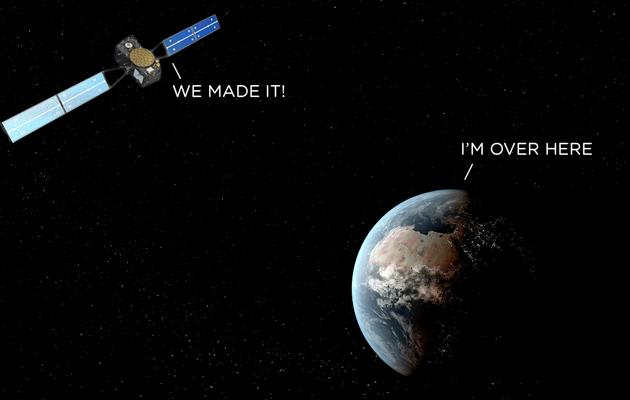 Arianespace, the company that launches satellites for the European Union, has had to concede that its latest mission hasn't been a complete success. Friday's launch conveyed two satellites, Dorea and Milena, into orbit to help build out Galileo, the EU's homegrown alternative to GPS and GLONASS. Everything had gone to plan when the Soyuz rocket reached the upper atmosphere and deployed the satellites, but shortly after, authorities realized that the units were in "noncompliant orbit," which means they're spinning around the planet in the wrong orbit.

For its part, Arianespace has already launched a full investigation in partnership with the European Space Agency and European Commission in the hope of finding and fixing the problem before the next launch. It's not the first time that Galileo has suffered a setback, running well past its deadlines and sailing far over its initial budget. With the loss of these two satellites, it's not clear if the union can still expect to have the system up and running by 2017, or if the pair can be rescued. Speaking to AFP, Galileo co-ordinator Jean-Yves Le Gall has said that restoring Doresa and Milena to their working orbit would be "complicated," but then that's probably why they call it rocket science.

In this article: Arianespace, EU, Europe, Galileo, GLONASS, GPS, video
All products recommended by Engadget are selected by our editorial team, independent of our parent company. Some of our stories include affiliate links. If you buy something through one of these links, we may earn an affiliate commission.