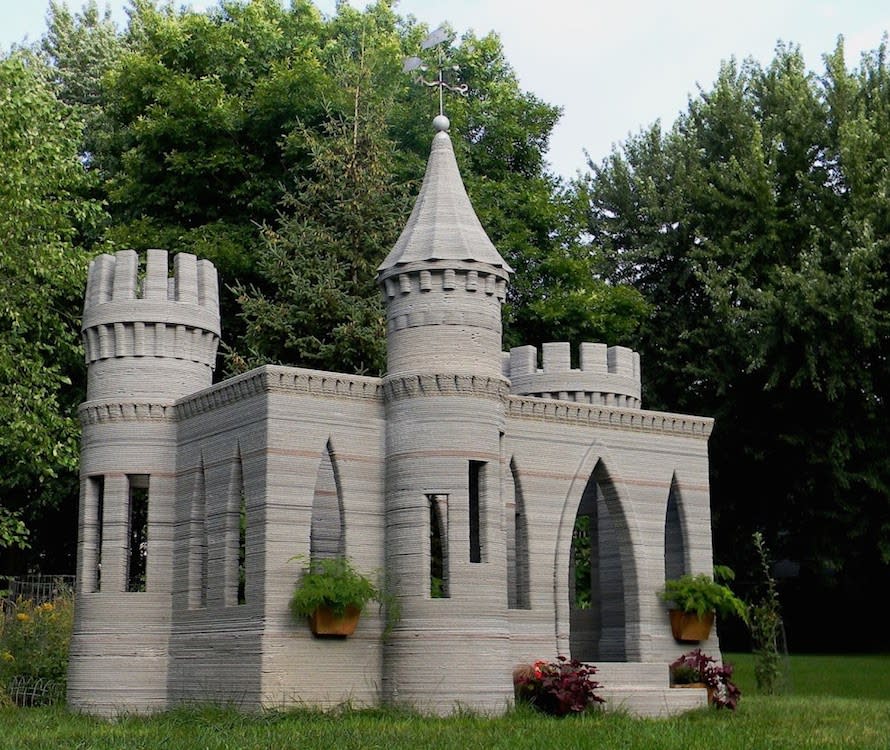 Yes, people, this isn't a dream. What you see above is, indeed, a 3D-printed castle. After working on it for a few months, an architect from Minnesota has now finished building a fancy home made out of 3D printing materials. The man behind it, Andrey Rudenko, began his construction adventure back in April, when he decided he wanted to be the one to set a new bar for 3D-printed homes -- there have been some in China, but questions have been raised about the quality of them. "It has been two years since I first began toying with the idea of a 3D printer that was capable of constructing homes," Rudenko told the site 3DPrint. "When I started out, people struggled to believe this project would progress any further." Well, its very real now, and we can only imagine how dazzling it looks in person. In this article: 3D Printed, 3D Printing, 3Dprinted, 3Dprinting, Big Picture, BigPicture, Castle, The Big Picture, TheBigPicture
All products recommended by Engadget are selected by our editorial team, independent of our parent company. Some of our stories include affiliate links. If you buy something through one of these links, we may earn an affiliate commission.