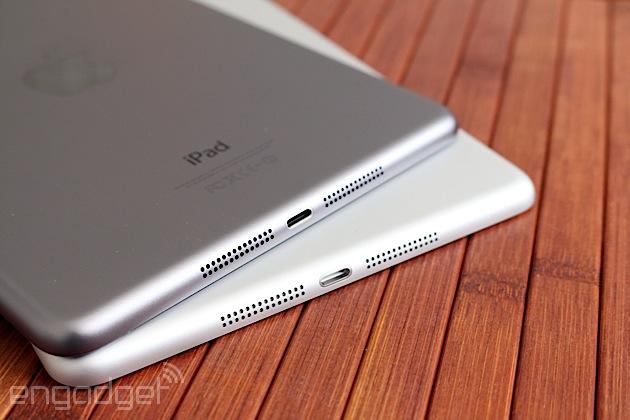 The rumor mill surrounding Apple is at full force right now. But while people are still waiting for the supposed bigger-screen iPhone (or iPhones) and a smartwatch to show up, we can now add one more device to the list. According to Bloomberg, Apple's set to introduce a 12.9-inch iPad in 2015. Citing sources familiar with the matter, the report claims that production on said iPad, which would be Apple's biggest yet, is scheduled to begin as early as Q1 of next year, noting that it's all part of Tim Cook's plan to "shake up the iPad line." Of course, this isn't the first time we've heard whispers on a 12.9-inch tablet from the iPhone maker, as some outlets have previously reported on leaked parts from a device being known as "iPad Pro." Now whether or not Apple is actually working on one, that's yet to be determined -- but even if it was, let's not forget that companies tend to have a change of heart from time to time.

In this article: Apple, Apple iPad, AppleiPad, iPad, iPad Pro, iPadPro
All products recommended by Engadget are selected by our editorial team, independent of our parent company. Some of our stories include affiliate links. If you buy something through one of these links, we may earn an affiliate commission.