Sony's Chromecast soundbar and sub blast the bass under your sofa

Upgrading my living room with the Sonos Playbar and Sub 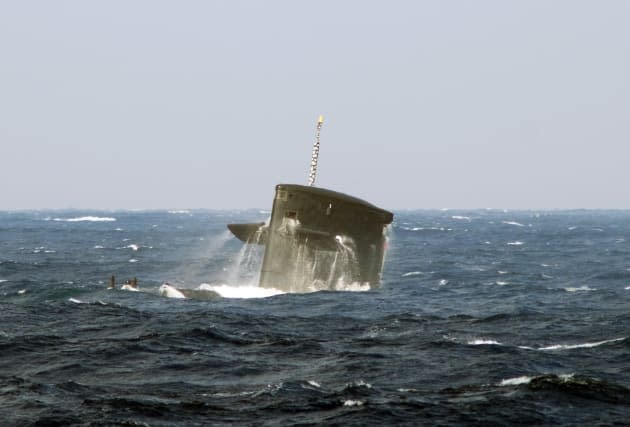 The distance between Shanghai and San Francisco is around 6,135 miles (9,873 km), and a team of scientists aims to make that trip possible in 100 minutes. Researchers at Harbin Institute of Technology's Complex Flow and Heat Transfer Lab have developed new tech that allows submarines to traveling a crazy-high speeds beneath the water. The solution? Create an air "bubble" of sorts that leverages supercavitation, a technology applied to torpedoes, to reduce drag caused by water while in route. Theoretically, this means that the vehicles could reach the speed of sound underwater (around 5,800km/h or 3,694 MPH while submerged), reducing the travel time between the aforementioned cities to under two hours.

As you might expect, several issues face the implementation of the tech -- like the fact that the sub would have to be launched at a high rate of speed to maintain the requisite air bubble. Traditional steering methods (read: rudders) wouldn't work inside the air pocket either, as they wouldn't have water to push back on. However, to combat the two conundrums, researchers say allowing a vessel to constantly "shower" a liquid membrane on its surface would reduce drag until it gets up to speed. From there, the same membrane creates the supercavitation and controlling the friction on it would aid navigation. Even with those issues under control, a rocket engine with a range that would enable such long trips still needs to be developed. So for now, you'll have to stick to spending several hours flying the friendly skies.

Update: The headline of this story has been updated to reflect that the research into the supersonic tech is on-going and theoretical. It wasn't intended to be misleading, but I can certainly see how it was.

In this article: sub, submarine, supercavitation, supersonic, transportation
All products recommended by Engadget are selected by our editorial team, independent of our parent company. Some of our stories include affiliate links. If you buy something through one of these links, we may earn an affiliate commission.