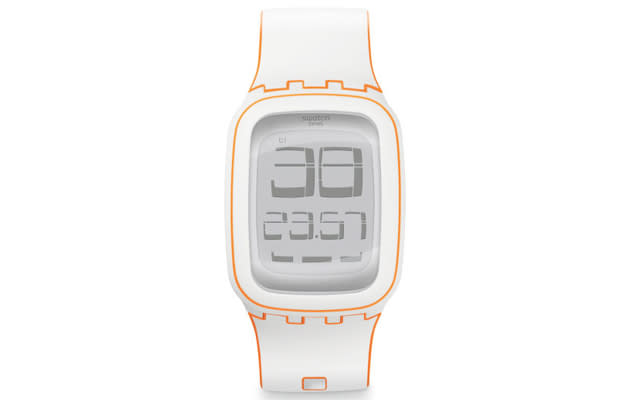 Spare a thought for the watchmakers of this world, who might start to feel the pinch as more people buy a smartwatch. According to the Wall Street Journal, Swatch is the latest old-school outfit to realize that it needs more than a janky, barely-readable touchscreen to appeal to its customers. The company has let it be known that it'll add fitness functions to its Touch line of watches, although it wouldn't reveal specific features that we'd expect to see. The new units won't arrive until 2015, which still leaves plenty of time for companies like Samsung, LG and Motorola to steal a march on mainstream wearables. Still, Swatch's parent company also owns Omega, and we'd gladly trade in a Galaxy Gear for a Seamaster Professional with James Bond's cutting laser in the bezel.

In this article: Fitness, Smartwatch, Swatch, Touch, Wearable Technology
All products recommended by Engadget are selected by our editorial team, independent of our parent company. Some of our stories include affiliate links. If you buy something through one of these links, we may earn an affiliate commission.