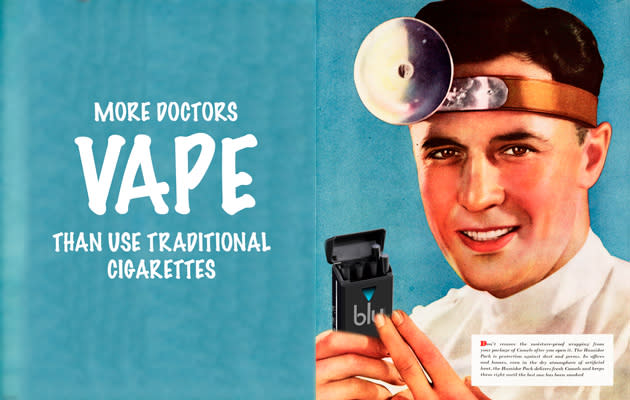 Doctors think that the World Health Organization should ease off against electronic cigarettes, if only because the dangers have to be less harmful than the real thing. For its part, however, the WHO disagrees, publishing a report saying that it wants these nicotine delivery systems to be regulated with the same scorn as cigarettes and cigars are today. Research into the relative harm of "electronic nicotine delivery systems" is still pretty nascent, but the report claims that while the water vapor they emit has a smaller concentration of nicotine, it may spread more widely in the air -- increasing the risk to children and pregnant women in the vicinity. The WHO concedes that e-cigarettes are preferable to the real thing, at least for now, but only in nations where tobacco smoking is being rapidly reduced. The downside, of course, is that there's no consensus -- beyond a few studies -- that the technology actually helps people to kick the habit.

That's why the body is advocating that, until more research can be done to examine the pros and cons of vaping, companies cannot promote their hardware based on health claims. It's also advocating for a total ban on electronic cigarette use in public spaces to match the same restrictions imposed on conventional tobacco products. Third on the list is a ban on advertising that could be seen by non-smokers and children, as well as a near-total ban on the sale of such products via vending machines, since these greatly increase the risk of selling directly to minors. The proposals will be voted upon at a treaty group meeting in October, and we can imagine the claims and counter-claims between health groups and big tobacco to get even louder in the next month.

In this article: e-cigarette, E-Cigarettes, ENDS, smoking, Vaping, WHO, World Health Organization
All products recommended by Engadget are selected by our editorial team, independent of our parent company. Some of our stories include affiliate links. If you buy something through one of these links, we may earn an affiliate commission.