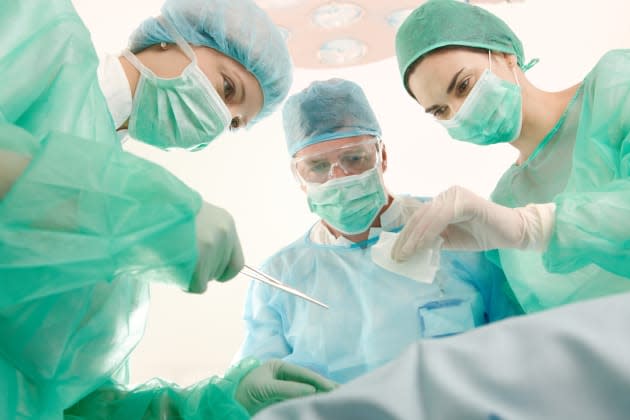 For all the advancements we've made with technology and medicine, a cure for cancer still eludes us. But maybe that's because we haven't enlisted nanoparticles to attack tumors just yet. New research from the University of California's Davis Cancer Center, spotted by PhysOrg, suggest that could be a reality sometime soon. By attaching a tumor-recognition module to a nanorobot, doctors would be able to both diagnose a cancerous growth and inject drugs directly into the carcinoma. This would effectively target only the malignant cells and leave the surrounding areas unharmed -- taking things a few steps further than, say, the nanodiamonds we've heard of. It's a stark contrast to how chemotherapy treatment typically works, too, which is a blanket attack on all of a certain type of cell that often inflicts as much collateral damage as it does good. Who knows, a world where cancer patients don't have their hair or bone marrow destroyed during treatment might not be too far off after all.

In this article: cancer, daviscancercenter, nanobots, nanoparticles, oncology, science, UniversityOfCalifornia
All products recommended by Engadget are selected by our editorial team, independent of our parent company. Some of our stories include affiliate links. If you buy something through one of these links, we may earn an affiliate commission.