Our digital future as a 'Forest of Numbers'

The Big Picture: A colorful and dazzling view of Pluto

The Big Picture: A nebula with the grace of a butterfly 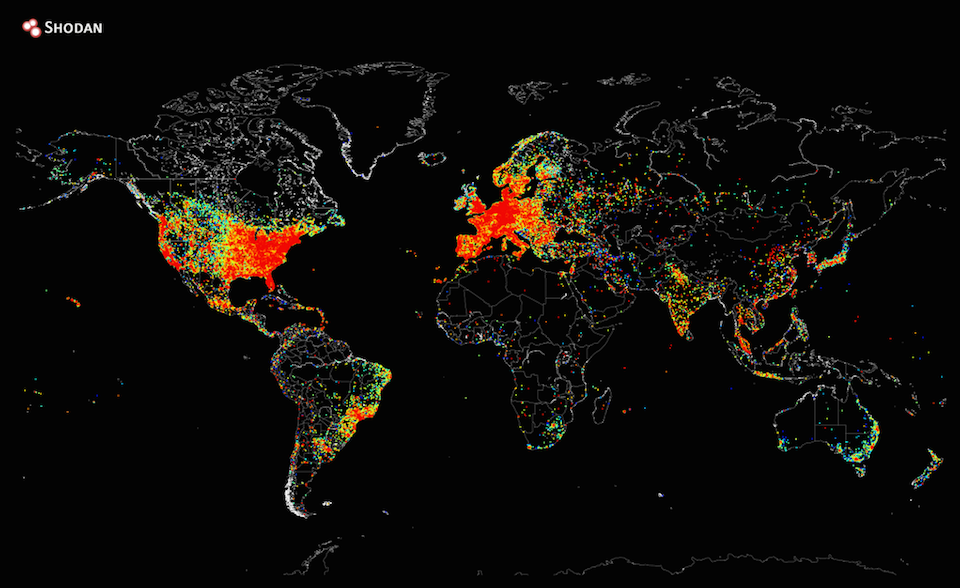 As the saying goes, a picture is worth a thousand words. In this case, though, let's say it's worth millions and millions of internet connections. Thanks to John Matherly, founder of Shodan, a search engine which focuses on helping companies locate internet-connected devices, we are getting a pretty detailed look at how the web looks on a map. While Matherly's tweet says the picture shows where "all devices on the internet" were located after he pinged them, that might be a bit of a stretch. Still, the image manages to give us a really good idea of the internet traffic across different parts of the world. And we reckon it's beautiful.

In this article: Big Picture, BigPicture, heat map, heatmap, Internet, SHODAN, The Big Picture, TheBigPicture
All products recommended by Engadget are selected by our editorial team, independent of our parent company. Some of our stories include affiliate links. If you buy something through one of these links, we may earn an affiliate commission.