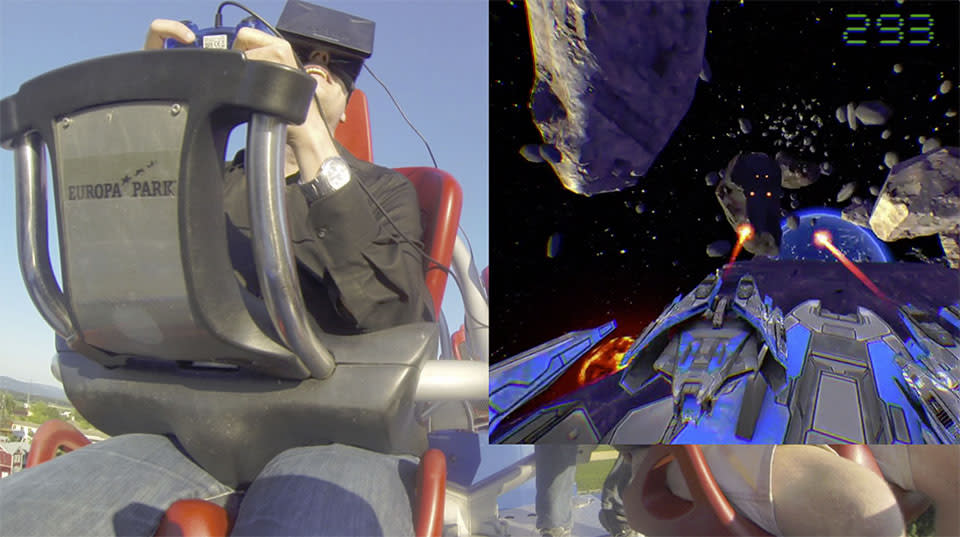 Some researchers study carbon nanotubes -- and then there are these guys. Thomas Wagner and his students from Kaiserslautern University in Germany took an Oculus Rift headset onto a real rollercoaster to transform it into an virtual experience. That's been done before on the sly, but the group teamed up with rollercoaster builder Mack Rides and created several apps for a Rift and laptops. The VR "ride" apps were synced to the coaster's motion by tracking their wheels and using human monitors. They sport various themes like a wacky flying horse chariot ride, a submarine tour and a space shooter complete with a gamepad (see the video, below). It's still a (really fun) experiment, but the coaster maker and researchers are keen to commercialize it at some point. In case you were wondering, the FAQ shows that the headset won't fall off, the Oculus sensors work in extreme g-forces, and no, the VR won't make you barf -- as long as it's in sync with the ride.

In this article: Kaiserslautern, Mack Rides, Oculus, OculusRift, Rollercoaster, Virtual Reality, VR
All products recommended by Engadget are selected by our editorial team, independent of our parent company. Some of our stories include affiliate links. If you buy something through one of these links, we may earn an affiliate commission.