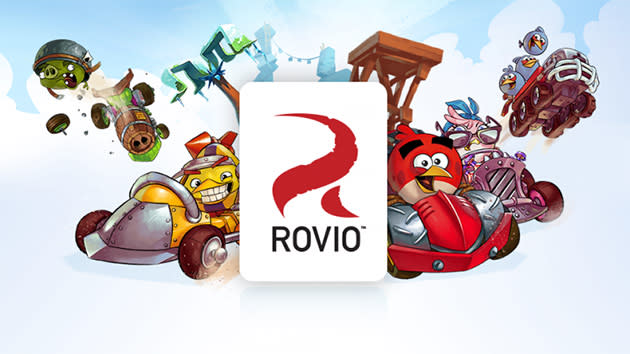 Today Mikael Hed announced he would be stepping down as CEO of Rovio and that former Nokia exec Pekka Rantala would be taking his place in 2015. The developer has quickly gone from being a company that no one had ever heard of to one of the biggest names in mobile gaming. How? Almost entirely on the strength of its flagship franchise: Angry Birds. The problem is, nearly five years on, the Angry Birds name just isn't enough any more. The developer continues to churn out new titles at a fairly regular clip, but many are simple rehashes of the standard formula it debuted in 2009 (see Angry Birds Star Wars, Transformers, Rio, Space, Friends and Seasons). And with profits dropping off at an alarming rate the company is at something of a crossroads. In 2013 the company made less than half of what it raked in during 2012. If the company wants to avoid the fate of Zynga, which quickly fell apart after going public, it needs to change now before its problems become unfixable. Whether or not Rantala, who most recently was CEO at Finnish beverage company Hartwall, can save Rovio from the dustbin of history remains to be seen. But one thing is for sure, if he can stop just one more licensed Angry Birds game from being made, the world will be a better place.

In this article: angry birds, CEO, Mikael Hed, Pekka Rantala, rovio
All products recommended by Engadget are selected by our editorial team, independent of our parent company. Some of our stories include affiliate links. If you buy something through one of these links, we may earn an affiliate commission.