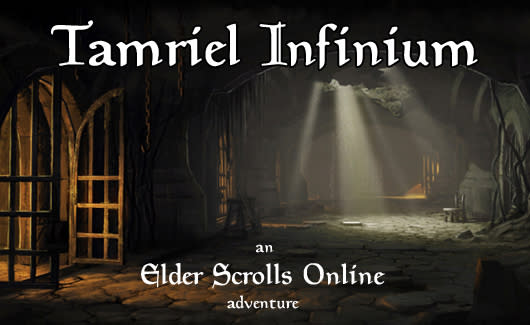 Today seems as good a time as any to mention returning to Elder Scrolls Online. I'm not talking personally, mind you, as I've been playing pretty consistently since early access. The winds of MMO change are doing their thing, though, and I'm seeing a bunch of thinking-about-returning-but-have-some-questions threads at my usual ESO forum hangouts.

Maybe this is due to all the fail trolls glomping onto WildStar while eyeing the fast-approaching North American version of ArcheAge. Or maybe it's because ZeniMax has added quite a bit of post-launch tastiness to its ESO recipe. If you jumped ship soon after ESO's launch, meaning in April or early May, there's quite a bit of new stuff to recommend Tamriel. Here are my picks -- in no particular order -- for the game's five most noteworthy post-launch additions.

Let's get the obvious out of the way. The devs added a pretty major content patch to ESO in May, thus creating a pretty major reason for former players to return. The Craglorn drop featured the game's first new adventure zone, and it was geared toward veteran rank peeps who had exhausted their 1-to-50 faction content and wanted a group-centric endgame destination apart from the VR journeys through the other two faction lands.

Craglorn isn't for the faint of heart (and it's basically impossible to solo for low-rank VR types). It also boasts 12-player instances that are the closest thing to raiding currently available in Tamriel.

Toward the end of June, ZeniMax rolled out the game's second major update, which included the usual bug fixes and combat polish. It also included a new field-of-view slider for those immersion nutters like yours truly who love playing from a first-person perspective. Update 2 also added the ability for players to use random weapons and armor found in the game world. When combined with the pre-existing ability to loot containers and bookshelves, this brought ESO's kleptomaniac metagame up to par with the rest of the franchise and added quite a bit of ye olde Elder Scrolls atmosphere in the process. Earlier this month, ZeniMax published ESO's third major update. It added a lot of guild functionality, among other things, which should be welcome news for any leaders or officers who were put off by the game's sparse set of launch-day tools.

The guild suite still isn't as robust as the industry standard found in EverQuest II, but it's a good start. Now we've got custom ranks and associated permissions as well as the ability for guildmasters to design heraldry that players can display via tabards. ZeniMax has provided 250 colors, 63 backgrounds, and 136 crests to choose from when designing a guild emblem.

Finally, Update 3 introduced guild traders, which are basically hirable Gold Coast Trading Company NPCs that function as public guild store interfaces. This particular system isn't perfect, as it requires guilds to have 50 players (and thus access to a store), not to mention the week-long bidding process. But it's a neat idea, and one that I hope ZeniMax iterates on going forward.

An armor dye system may seem at first like a fluff feature, but try being an aesthetically conscious player in an MMO that lacks that system for a few months. Fortunately that's no longer a concern for ESO fashionistas, roleplayers, and anyone else who fancies looking like a badass, again thanks to Update 3.

I'm not a fan of the dye system being tied to ESO's achievement mechanics rather than its crafting and economy systems, but I'll put up with a certain amount of grindpark flavor since the dyes themselves are many and multifaceted thanks to the well-designed three layer application process. Finally, no list of reasons for returning to Elder Scrolls Online would be complete without a nod to what's coming in short order. Frankly this part could be an article in and of itself, since ZeniMax has confirmed that it's taking the huge step of blowing up the unpopular endgame VR system in favor of some sort of alternative advancement-style horizontal progression.

That's not all, though, as the devs are also adding slick-sounding thief mechanics and a justice/bounty system that will bring optional overworld PvP out of Cyrodiil and into the game's many adventuring zones. New dungeons are also in the works, as are new zones including Murkmire and a solo PvE zone called Wrothgar.

All told, it's a pretty exciting time to be thinking of an ESO return. The additions I've listed aren't an exhaustive list of everything that's gone in since launch, either; they're just my personal favorites. I've never quite gotten the hate for this game, since it's been an enjoyable themepark grinder with gorgeous production design and a world-class IP since day one. ZeniMax is slowly but surely turning it into something more, besides, and this bodes well for franchise fans and MMO gamers in general.

The Elder Scrolls Online might not be a sandbox, but it's a fine Elder Scrolls game in its own right. Join Jef Reahard every two weeks as he journeys to Tamriel and beyond in search of some extra inventory space for his crate, barrel, and bag loot. Or come kill him in Cyrodiil, if you'd rather.
In this article: 5-reasons-to-return-to-elder-scrolls, bethesda, bethesda-softworks, bethsoft, column, come-at-me-snarkanauts, craglorn, dye, dyes, elder-scrolls, elder-scrolls-online, eso, eso-dungeons, eso-dye, eso-future, eso-guilds, featured, five-reasons-to-return-to-eso, future-of-elder-scrolls, future-of-eso, guilds, returning-to-elder-scrolls, returning-to-eso, tamriel, tamriel-infinium, tamriel-infinium-jef-reahard, teso, the-elder-scrolls, the-elder-scrolls-online, zenimax, zenimax-online, zenimax-online-studios
All products recommended by Engadget are selected by our editorial team, independent of our parent company. Some of our stories include affiliate links. If you buy something through one of these links, we may earn an affiliate commission.