Deadmau5 is on Twitch

Listen to a song made from recording thousands of industrial machines 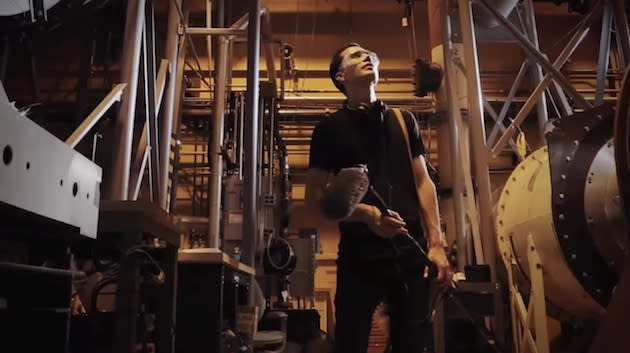 We've heard music made from bats' echolocation signals and the sounds of glaciers before, but what about tunes composed with something a little more, say, industrial? And no, we aren't talking about Nine Inch Nails' classic The Downward Spiral. Think more along the lines of a song comprised of sounds from pneumatic equipment and welders and you're most of the way there. As spotted by Laughing Squid, musician Matthew Dear partnered with GE and recorded the acoustics used to diagnose the performance of turbines and jet engines, among other things, and the result is a dance-ready electronic track dubbed "Drop Science." Sure, artists including Amon Tobin have done similar sorts of things before, but not at such a grand scale. Curious to hear what it sounds like when thousands of machines are humming at peak performance? Check out the video and audio embedded below.

In this article: ElectronicMusic, GE, GeneralElectric, industrial, matthewdear, music
All products recommended by Engadget are selected by our editorial team, independent of our parent company. Some of our stories include affiliate links. If you buy something through one of these links, we may earn an affiliate commission.