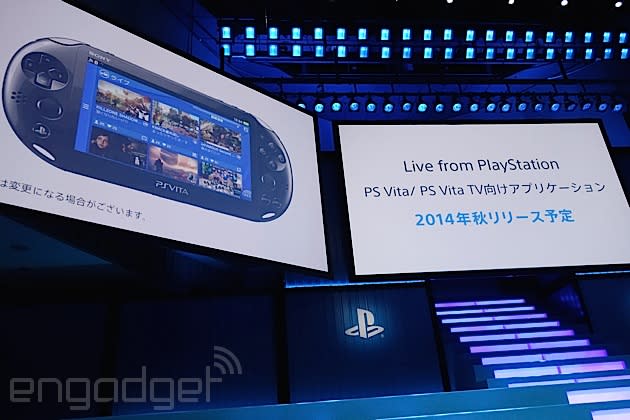 If you're a fan of PlayStation 4 game livestreaming, Sony's about to have a PS Vita app for that. At a prelude to the Tokyo Game Show (TGS), it announced updates that will let you view live PS4 game action directly from a PS Vita. There are also themes coming to the PS4 and PS Vita around the same time -- Sony showed off one for Vita that centered around the popular (and insane) Dangan Ronpa shooter. PS4 users will also be able to customize the console dashboard with animated themes, as revealed in a demo that featured PlayStation Japan characters Toro and Kuro (see the image after the break). It also revealed a pink-backed PS Vita with a white front arriving in Japan on November 13th for 18,980 yen (around $182). There's no specific dates for the new themes and the PS4 game streaming app, but Joystiq pointed out a translated tweet saying it'll arrive sometime in October. In this article: console, Handheld, pink, ps4, sony, tgs2014, vita
All products recommended by Engadget are selected by our editorial team, independent of our parent company. Some of our stories include affiliate links. If you buy something through one of these links, we may earn an affiliate commission.