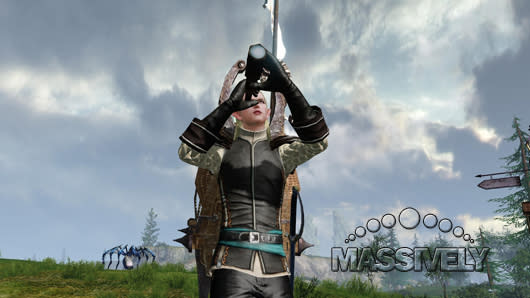 Trion Community Manager Ocho has just posted an announcement to players of RIFT, ArcheAge, Defiance, and Trove that the studio is currently under a denial-of-service attack affecting some game services. He writes,

Following last night's ISP maintenance, our overnight team has confirmed a DDOS that is currently aimed at Trion's services. We're actively working with our ISP partners and the authorities on both mitigating its effects and ensuring this group gets caught.

Our live games are up and ArcheAge's open beta is going forward as planned. While the attack persists, there may be some effects on network stability and some website unavailability. You also may need to use the Resend Code option for our login security and RIFT's Coin Lock if the email doesn't reach you at first.

We'll keep you informed as the situation evolves.

If I'm bored of writing about the lame antics of script-kiddies, I'm sure MMO studios are livid about being forced to divert resources to combat them.
In this article: 8-bit, aa, arche-age, archeage, ark, ark-hunter, arkfall, ddos, defiance, evan-berman, f2p, fantasy, free-to-play, mmo-shooter, ocho, pvp, rift, rift-lite, rift-planes-of-telara, rvr, sandbox, sandpark, sci-fi, script-kiddies, shooter, syfy, third-person-shooter, three-faction-pvp, three-way-pvp, tps, transmedia-synergy, trion, trion-worlds, trove, tv, voxel, xbox, xl-games, xlgames
All products recommended by Engadget are selected by our editorial team, independent of our parent company. Some of our stories include affiliate links. If you buy something through one of these links, we may earn an affiliate commission.