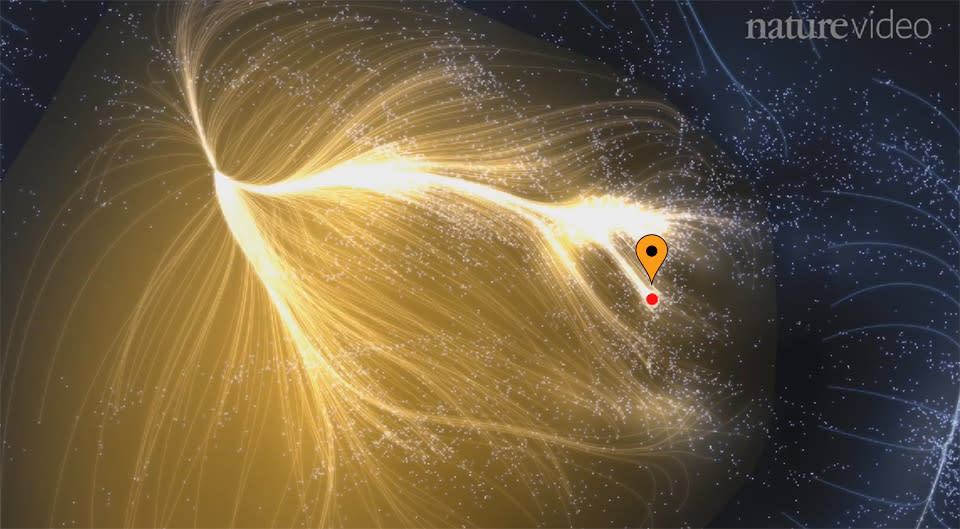 Ready to feel small? Our sun is just one of 300 billion stars in the Milky Way galaxy, which itself is one of many, many other galaxies -- but at least we now know where it is. Astronomers have mapped a "supercluster" of galaxies including the Milky Way and dubbed it Laniakea, or "immeasurable heaven" in Hawaiian. Using several radio telescopes, the team calculated the movement of nearby galaxies relative to each other, after taking into account cosmic expansion. They chose the supercluster boundary based on that motion, since galaxies tend to flow along the same paths toward common gravitational wells. Lanaikea was defined based on its flow toward the "Great Attractor," along with another supercluster called Perseus-Pisces. As shown in the stunning video below, our own insignificant galaxy is on a prominent flow path in Laniakea, right at the edge of a massive void.

In this article: Galaxies, Laniakea, Milky Way, Supercluster
All products recommended by Engadget are selected by our editorial team, independent of our parent company. Some of our stories include affiliate links. If you buy something through one of these links, we may earn an affiliate commission.