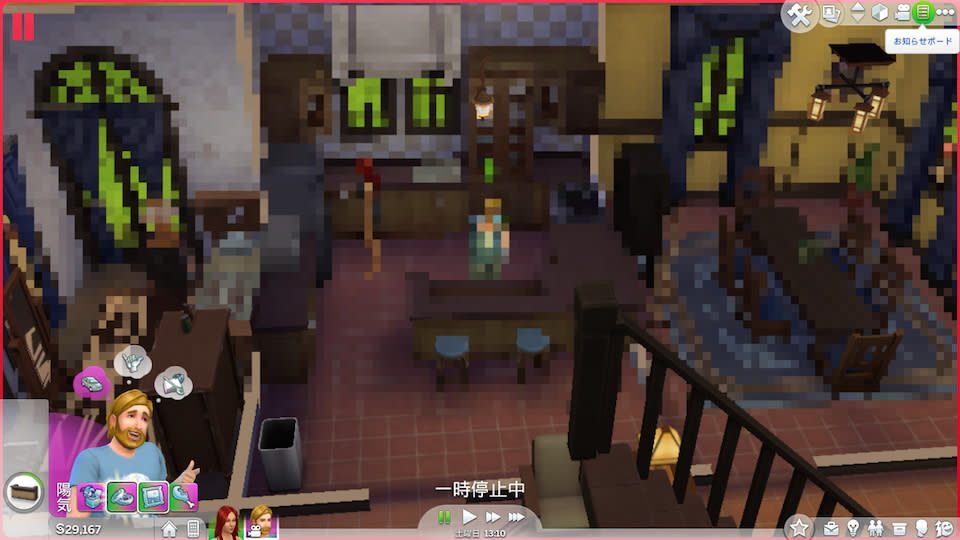 Media piracy likely isn't going away anytime soon, but a few game developers have designed clever ways to deal with it as of late. Take the newly released The Sims 4, for example. In series tradition, just before your virtual people shed their skivvies (for whatever variety of reasons), a pixelated censor cloud appears over his or her nether regions. As Kotaku spotted via Reddit, however, If you happen to illegally download the game, that tiny cloud will obscure more than just your sim's reproductive plumbing: it'll expand to cover everything onscreen. It makes the virtual ant-farm look a lot like Minecraft or Superbrothers: Sword and Sworcery EP, if you ask us. Annoying? Perhaps, but if you're bothered by this maybe you shouldn't be illegally downloading stuff in the first place.

In this article: antipiracy, EA, gaming, Maxis, pcgaming, piracy, sims, TheSims, thesims4
All products recommended by Engadget are selected by our editorial team, independent of our parent company. Some of our stories include affiliate links. If you buy something through one of these links, we may earn an affiliate commission.