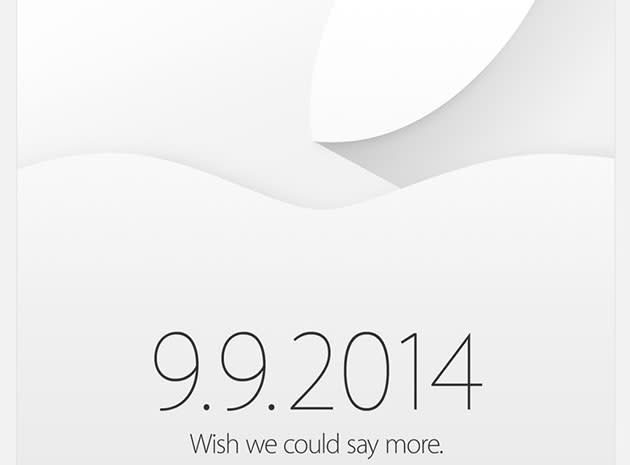 Last year was a banner year for iPhone and iOS, in that Apple broke from its traditional mold: It unveiled not one but two new iPhone models, running a revamped version of its mobile operating system. It was a significant change from the norm, but it's small compared to what we're going to see this year. Yes, we're predicting the same number of new iPhones, but both of them will depart from the 5 and 5s design, and are much bigger than what we're used to -- they'll have 4.7-inch and 5.5-inch screens, compared to the usual 4-inch. But there are also a lot of credible rumors that claim we'll get the first glimpses at a set of new wearables that will come out either later this year or sometime early next year (more likely the latter, from what we've heard). Regardless of what rumor excites you the most, don't forget to bookmark our liveblog because that's where all of the action is going to be taking place tomorrow, starting at 1pm ET. See you there!

September 9, 2014 1:00:00 PM EDT
In this article: apple, iphoneevent2014, liveblog, liveblogteaser, mobilepostcross, teaser
All products recommended by Engadget are selected by our editorial team, independent of our parent company. Some of our stories include affiliate links. If you buy something through one of these links, we may earn an affiliate commission.