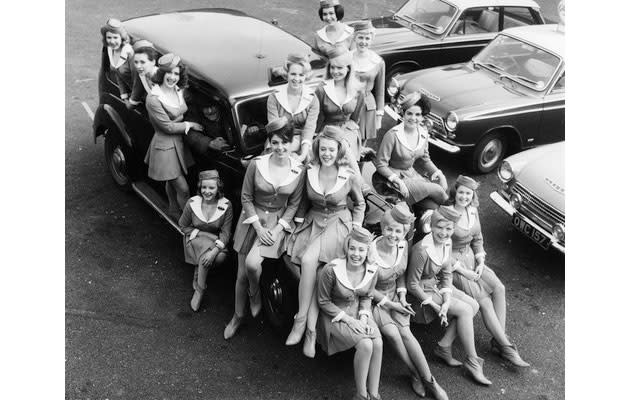 As sad as it is to admit it, there are a lot of creeps in this world, which is why we wouldn't blame anyone for feeling nervous about getting a late night taxi. That's why a new startup is launching SheRides in NYC and SheTaxi in Westchester County and Long Island, an app-based car service for women that only employs female drivers. In the same way that Lyft operators adorn their hoods with a hot pink mustache, SheRides drivers will wear a pink scarf to identify themselves to passengers. The app will ask a user if they're female, or if there's a woman in their group, and if not, they'll be directed to another app-based car service.

Now, the app will launch on September 16th for iOS users, with the New York Times reporting that an Android version will come "eventually," but its devs still have a hurdle to overcome. A spokesperson for the NYC Taxi and Limousine Commission told Motherboard that SheRides' drivers will have to follow the same rules as their yellow cab counterparts, which means they're prohibited from refusing anyone service. The spokesperson wouldn't elaborate on how that will affect the app's launch, but if it does become operation and successful, then users can expect the service to grow further. Its creators plan to bring it to Washington, Chicago and Miami within the next year, even if it is a sad state of affairs that something like this should exist.

In this article: apple, Car, Female, Lyft, SheRides, SheTaxi, Uber, Women
All products recommended by Engadget are selected by our editorial team, independent of our parent company. Some of our stories include affiliate links. If you buy something through one of these links, we may earn an affiliate commission.