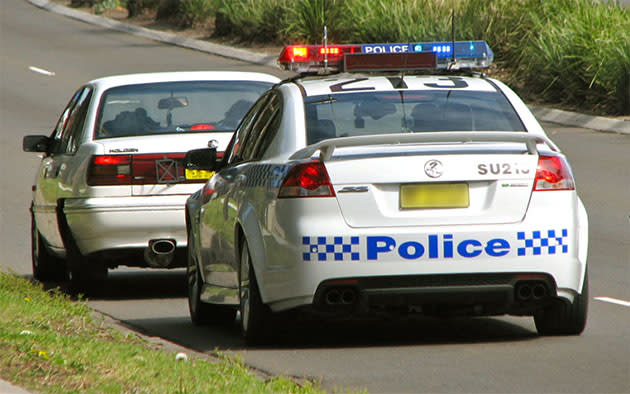 The Washington Post has reported that a network called "Black Asphalt" is used by police officers as a (possibly illegal) aid in seizing drugs and cash during roadside stops. The site was created by a counterterrorism firm called Desert Snow, and has been tapped by as many as 25,000 police officers, DEA officials, customs agents and others to share information. Some of that data includes reports about US drivers never charged with a crime, including personal data like Social Security numbers. It is also frequently used to share "Be On the Lookout" or BOLO reports, which often target drivers based only on a cop's hunch. Officers using the site and various Desert Snow training methods reportedly seized $427 million in five years, drastically increasing the take in the Justice Department's contentious "asset forfeiture" fund.

To drive home the point, the site encouraged members to post pictures of seized cash and contraband. It even hosted a contest to crown the "Royal Knight," an officer who managed to seize the most cash and property for the year. Though run with no government oversight, Black Asphalt was used and even funded by federal agencies like the DEA, which once housed the site on its own computers. A spokesman said agents "would go in there to grab information," but added that it no longer uses the site over concerns that cases may be thrown out of court. Others have warned that use of the site may violate civil rights and jeopardize cases, but several officers told the Post that when they used it, they didn't bother telling prosecutors anyway.

The site is no longer being run by Desert Snow and is now in the hands of an Illinois Sherrif's office, to avoid the perception of a conflict of interest. Ironically, the point of contact there is a deputy who ghost-wrote a book called In Roads: A Working Solution to America's War on Drugs -- which happens to be Desert Snow's handbook of asset seizure techniques. To take a deeper dive, check the full, fascinating story on the Washington Post.

In this article: BlackAsphalt, Cash, DesertSnow, Illegal, JoeDavid, Police, Seizure
All products recommended by Engadget are selected by our editorial team, independent of our parent company. Some of our stories include affiliate links. If you buy something through one of these links, we may earn an affiliate commission.