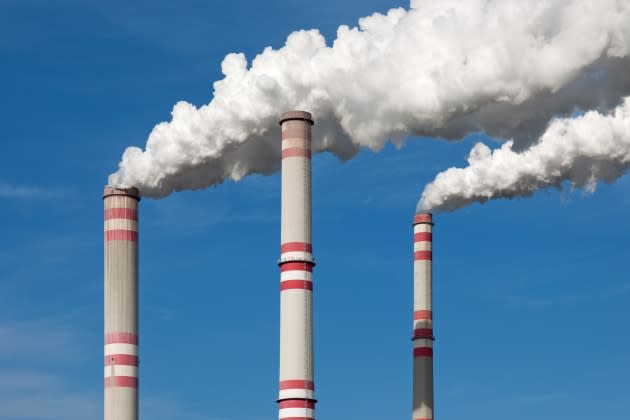 Aside from paying someone to scream "this is a problem" into everyone's faces, there's not much more that the UN can do to tell us that we're heading towards an environmental catastrophe. The United Nations' World Meteorological Organization has found more proof of our forthcoming doom, showing that atmospheric carbon dioxide levels rose faster between 2012-2013 than any other year since 1984. If the rate doesn't slow down, then the levels will reach 400 parts per million in the next two years - a figure well in excess of the 350ppm that most climate scientists believe is "safe."

For the first time, the WMO has also looked into the acidification of the oceans, and how this is hampering their ability to absorb carbon. Historically, the oceans would have been able to shoulder some of the burden, but acidification prevents it from doing so, which means atmospheric carbon will increase at an even faster rate. The advice at the end of the report is the same as ever: unless we cut CO2 emissions and generally clean up after ourselves, we're going to be in big trouble. UNESCO's Wendy Watson-Wright probably says it best in her closing remarks, bluntly stating that "we are running out of time."

In this article: 400ppm, Carbon Dioxide, Climate Change, Environment, Methane, UN, WMO, World Meteorological Organization
All products recommended by Engadget are selected by our editorial team, independent of our parent company. Some of our stories include affiliate links. If you buy something through one of these links, we may earn an affiliate commission.