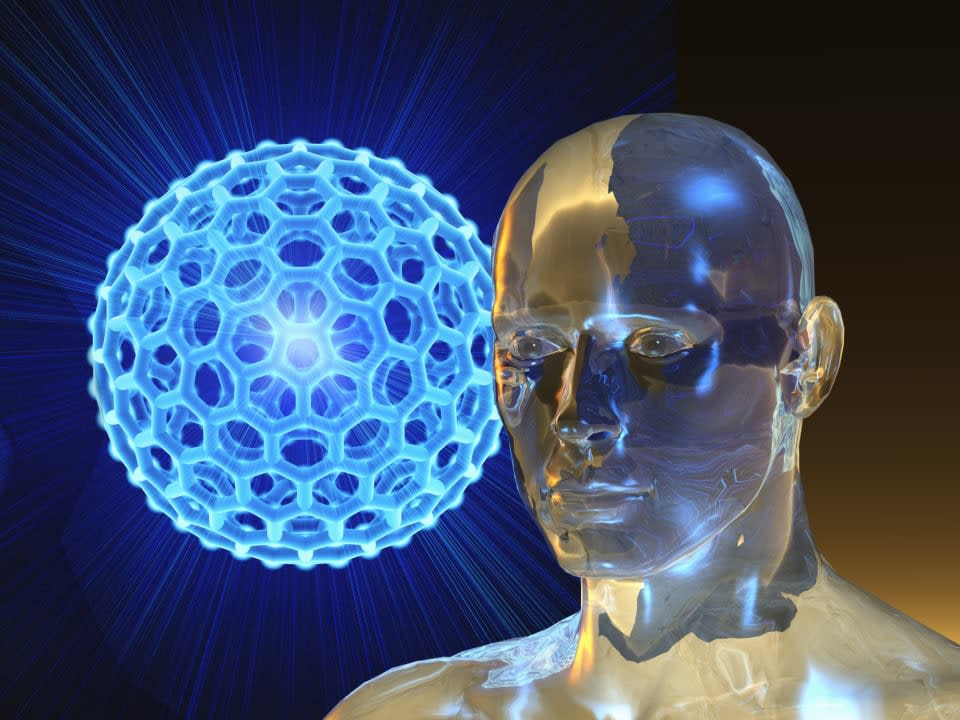 IBM Research's Jim Hedrick has a great job. His work on polymers -- those repeating chains of macromolecules that make up most things in our world, like the computer or phone you're reading this on -- has led to the creation of substances with Marvel Comics-worthy descriptors. There's the self-healing, Wolverine-like substance that arose from a recycled water bottle and something called "ninja particles" that'll advance the reality of nanomedicine. Both discoveries will inevitably make their way into consumer products in the near future, but it's his team's progress on nanomedicine that Hedrick discussed during my visit to IBM Research's sprawling Almaden lab in San Jose, California.

The inspiration for IBM's foray into nanomedicine is twofold: our growing resistance to antibiotics and the incidence of medical-implant rejection by the human body. With this in mind, Hedrick and his team, leveraging IBM's background in semiconductor research, developed synthetic polymers that mimic the immune system. Using a simple charge, these resultant polymers are capable of hunting down and clinging to specific microbes throughout the body. And, once attached, cause those microbes to rupture as if they'd been hit by an explosive shuriken (or ninja star) -- hence, the name.

The inspiration for IBM's foray into nanomedicine is two-fold: our growing resistance to antibiotics and the incidence of medical-implant rejection.

Of course, anyone who's seen Innerspace knows there's a certain danger to injecting foreign objects into your body. But Hedrick says we have nothing to worry about. The ninja particles won't pass into other parts of the body. They're also proven to have a low toxicity and, best of all, won't engender a new wave of resistant pathogens (read: superbugs). So when will see the practical fruits of IBM's research? Well, Hedrick tells us the company's already in talks with various partners to apply this nanotech to our modern world in anything from medicine to the deodorant we use daily to the detergents we use to wash our clothes and kitchenware. And that future's not too far off, either -- Hedrick believes we could begin to see these ninja particle-infused products hit retail within a decade's time.

Stay tuned for part three of our inside look at IBM's Almaden research facility.

In this article: AntibioticResistance, healthcare, IBM, ibm ninja particle, ibm polymer research, ibmninjaparticle, ibmpolymerresearch, IBMresearch, JimHedrick, materialsscience, nanomedicine, ninja particles, ninjaparticles, polymer, polymers, research, uk-feature, video
All products recommended by Engadget are selected by our editorial team, independent of our parent company. Some of our stories include affiliate links. If you buy something through one of these links, we may earn an affiliate commission.