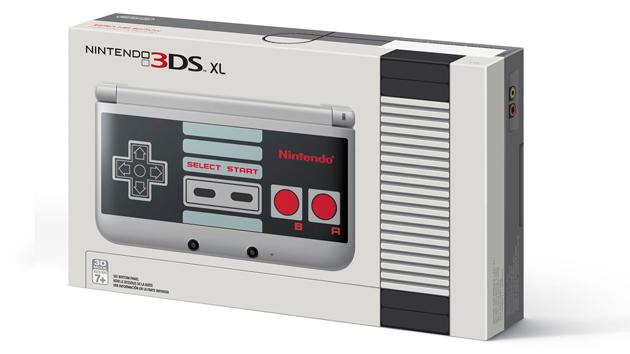 Nintendo regularly draws on its long history in video gaming to get you buying games and consoles, but it may have just topped itself with its latest 3DS XL variants. On top of two models meant to honor the launches of Persona Q and Super Smash Bros., the company has unveiled an NES Edition that plasters the classic NES gamepad on top of a gray back. It's not as good-looking as the similarly-themed Game Boy Advance SP from years ago, but let's not kid ourselves -- this is still going to evoke many fond memories of playing Metroid in the family den. Not fair, Nintendo. If you're feeling all warm and fuzzy just by looking at the photo, you can buy the NES Edition at GameStop on October 10th for $200.

In this article: 3dsxl, gaming, handheld, nes, nintendo, nostalgia, videogames
All products recommended by Engadget are selected by our editorial team, independent of our parent company. Some of our stories include affiliate links. If you buy something through one of these links, we may earn an affiliate commission.