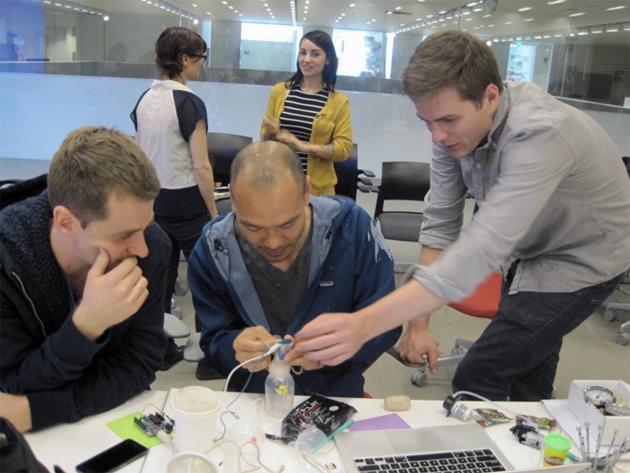 MIT's Media Lab plans to fix the breastpump. In fact, its fall 2014 hackthon is dedicated to this very aim. Breast pumps are time-consuming, noisy and often painful -- and as the organizers put it (rather TechCrunch-ly): "this is a space that is ripe for further innovation." There's already several problems set to be tackled: the hardened cones that cup over the breasts, the litany of parts, tubes and bottles, as well as a lack of metrics: existing pumps don't offer any information on how much milk is collected, or when. Over at Quartz, they've added their own ideas for the to-do list, including ensuring a closed-system that won't be ruined by water, milk and the inevitable mold, as well as a pumping system that's generally more discrete. It's in fact the second breast pump hackathon, but this sequel will encompass 60-80 engineers, designers and breastfeeding experts -- registration is open.

In this article: babies, breastfeeding, breastpump, mit, MitMediaLab
All products recommended by Engadget are selected by our editorial team, independent of our parent company. Some of our stories include affiliate links. If you buy something through one of these links, we may earn an affiliate commission.