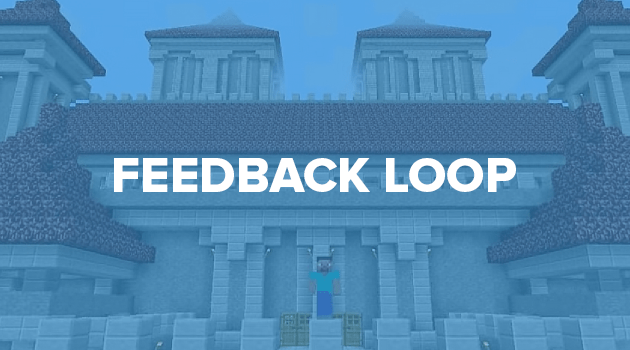 Happy Sunday, and welcome to another edition of Feedback Loop! By now, you're probably sick of hearing about the Apple Watch. Thankfully, though, our community members have some great discussions for you this week. To kick things off, we're talking about the implications Microsoft's potential purchase of developer Mojang could have on the indie community favorite Minecraft. Once you're done kvetching over Microsoft's latest pursuit, let us know which apps help keep your busy life on task and whether or not you're happy with the current selection of smart lock solutions.

Microsoft is reportedly in talks to buy Mojang, the developer behind Minecraft. Notch, the game's creator, has already built a small empire with the franchise, but Kris is wondering how this will impact its future. Obviously, more money and resources can be a good thing, but this could also lead to Microsoft limiting platform availability. Let us know if you're happy with the news, or if the indie favorite is doomed.

What apps help you get things done?

I can be pretty forgetful. I have to rely on task apps for keeping me on track. Currently I'm rocking Things on my desktop and iPad, but I'm always looking for new options. The problem is there are just so many damn task-management apps out there. So, faithful Engadget community, I come to you for help. What tools are you using to stay focused?

User anishsomani likes the trend of using smartphones for unlocking your front door or bike lock. He just wishes these companies would make locks for other parts of our homes. He's curious as to why he can't use his phone to unlock his garage, laptop or mailbox, among other items. If you're using smart locks, join the discussion and let the community know what you think of their progress so far.

iPhone 6 vs. iPhone 6 Plus: Which one is the flagship?

Apple finally did it: It announced a phablet-sized iPhone. But it also showed off a smaller 4.7-inch iPhone, meaning Apple is once again giving consumers a choice. Last year, the flagship was obvious: the 5s. This year, it's more of a toss-up. If you had to pick just one, which new iPhone do you consider to be Apple's current flagship?

That's all this week. Want to talk about your favorite gadget or have a burning question about technology? Register for an Engadget account today, visit the Engadget forums and start a new discussion!

In this article: apps, Engadget forums, feedback loop, FeedbackLoop, iphone 5s, iphone 6, iPhone 6 Plus, minecraft, mojang, SmartLock, tasks
All products recommended by Engadget are selected by our editorial team, independent of our parent company. Some of our stories include affiliate links. If you buy something through one of these links, we may earn an affiliate commission.
Share
Tweet
Share