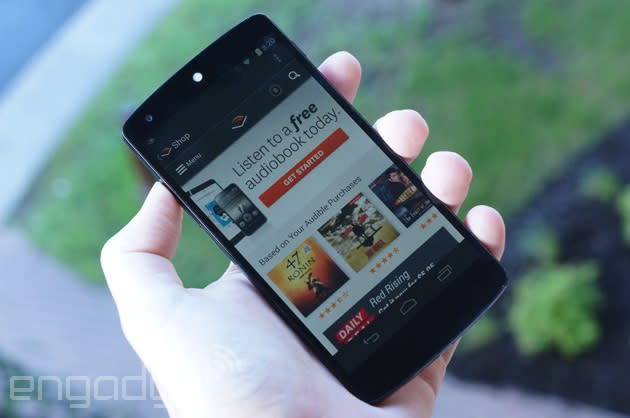 You expect subscription services to verify your details before granting you access to their content -- that's how they make their money, after all. However, it appears that Audible isn't quite so rigorous. Alan Joseph has revealed a flaw in Amazon's service (verified by Business Insider) that lets you download as many audiobooks as you like using both a fake email address and an equally bogus credit card. Audible only checks your payment details after you grab a book, and you just have to renew your ill-gotten membership to get more credits.

Amazon and Audible were reportedly told about the exploit as far back as March of last year, but haven't addressed those concerns so far. We've reached out to Amazon for its current take on the situation, and we'll let you know if it can comment. Whatever its response, it may need to move quickly -- there's bound to be at least some abuse of the flaw now that it's public knowledge.

Update: An Audible spokesperson is quick to stress that this is a question of fraud, not security, and claims that any breaches involving fake credit cards are "closed quickly" when they appear. The service takes any fraud attempts "very seriously," we're told. While that's good to hear, it's not clear what Audible is doing to prevent breaches. So long as it's not double-checking credentials before handing out credits, it may be relatively easy to build an illegal audiobook library.

In this article: amazon, audible, audiobook, audiobooks, internet, loophole
All products recommended by Engadget are selected by our editorial team, independent of our parent company. Some of our stories include affiliate links. If you buy something through one of these links, we may earn an affiliate commission.