Researchers may have witnessed the birth of a black hole 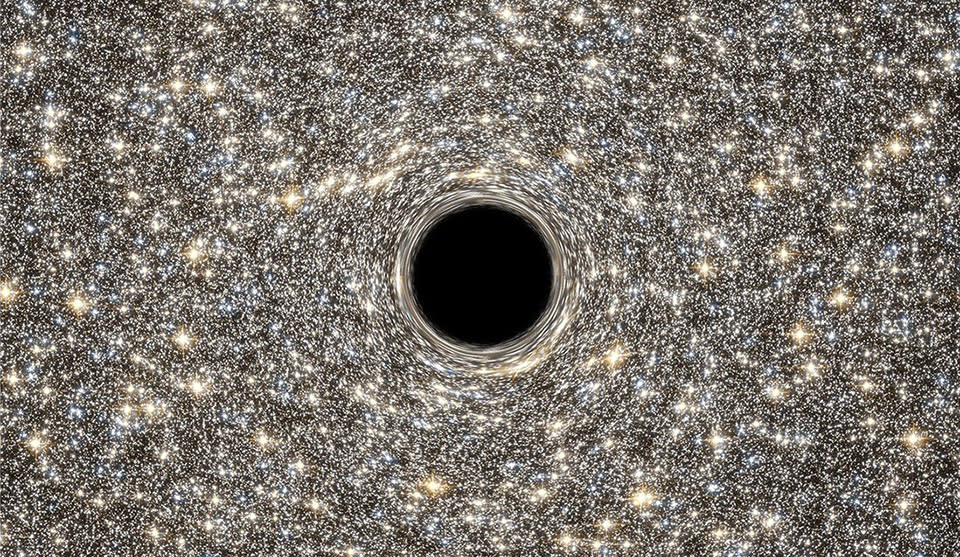 The M60-UCD1 is a dwarf galaxy that's so dense, you'd see 1 million stars at night if you lived in it instead of the 4,000 we typically see on Earth. Now, thanks to data from Hubble, NASA found that the galaxy, which is only 1/500th the diameter of Milky Way, has a humongous black hole that takes up 15 percent of its mass. Compared to the black hole in our galaxy, which has a mass of 4 million suns, M60-UCD1's has the mass of 21 million suns. Just take a look at the artist rendering above to see how a huge black hole would look amidst a super dense collection of stars. NASA, by the way, describes black holes as "a great amount of matter packed into a very small area" with "a gravitational field so strong that nothing, not even light, can escape."

According to the agency, this discovery suggests that dwarf galaxies are actually remnants of larger ones, which collided with other galaxies in the past. Anil Seth, the lead author of the M60-UCD1 study recently published in Nature, says they "don't know of any other way you could make a black hole so big in an object this small." That could change over time, as Hawking and other great minds work to figure out how black holes actually work, because as entertaining as it is to think that they're portals to hell, they're (probably) not.

In this article: BlackHole, nasa, science, space
All products recommended by Engadget are selected by our editorial team, independent of our parent company. Some of our stories include affiliate links. If you buy something through one of these links, we may earn an affiliate commission.