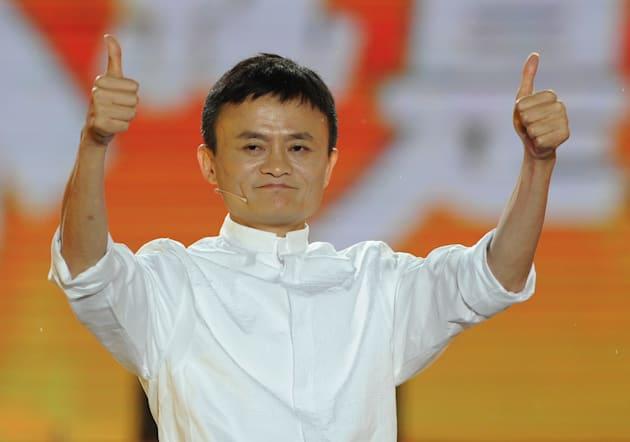 We'd heard that the US IPO for Chinese company Alibaba could be among the biggest ever, and it did not disappoint. Closing at a stock price of $93.89, it raised $21.8 billion for the company and is the biggest IPO in US history. According to Bloomberg, it could become the biggest ever (topping Agricultural Bank of China's $22 billion IPO in 2010) if underwriters make use of an option to buy more shares, which market observers expect they will. Now that Alibaba has joined the club of recent tech IPOs like Facebook and Twitter and it has cash to throw around, many wonder if it will start acquiring smaller companies the way its Silicon Valley rivals have lately. Despite being mostly unknown in the US Alibaba is massive in China, operating sales platforms described as similar to Amazon, eBay and Paypal, and Reuters says it controls more than 80 percent of online sales there. Jack Ma (pictured above) founded the company in his apartment in 1999 and is now China's richest man, personally worth some $18 billion as of market close, according to the Wall Street Journal.

In this article: Alibaba, AlibabaGroup, china, ecommerce, ipo, jackma, nyse, Taobao, tmall
All products recommended by Engadget are selected by our editorial team, independent of our parent company. Some of our stories include affiliate links. If you buy something through one of these links, we may earn an affiliate commission.