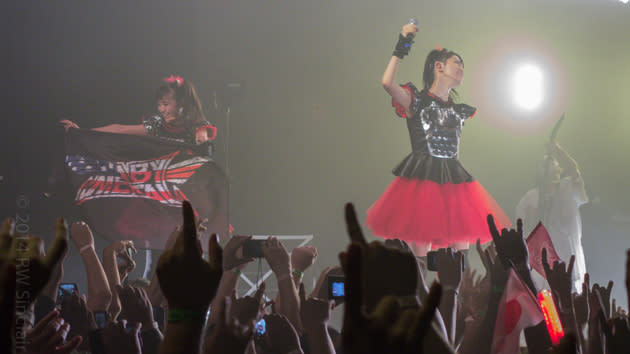 Japan may be on the cutting edge of everything from servant robots to tech-laden toilets, but music? Not so much, it seems. Old-fashioned CDs still make up 85 percent of the country's music sales despite years of declining volume, and the Recording Industry Association of Japan notes that internet-based sales actually shrank from $1 billion in 2009 to about $400 million in 2013. In short, the physical-to-digital transition that took hold elsewhere has fallen flat in the Land of the Rising Sun, where people are simply buying less music overall.

Just what's creating these problems isn't clear, but it's likely to be a mix of corporate and cultural factors. Music licensing is decidedly more complex in Japan than in many other countries, preventing online outfits from either launching or offering a large-enough catalog to sway buyers. Spotify, for example, has spent two years struggling to get the deals it needs for a local debut. Japan also puts a much heavier emphasis on CDs as collectibles and promotional tools -- it's hard to lure screaming J-pop fans to a store or concert if you don't have something more memorable to offer than a download code. It's doubtful that a shift in Japanese listening tastes will happen any time soon as a result, but it's also clear that the disc-based status quo can't last forever.

In this article: cd, japan, music, storage
All products recommended by Engadget are selected by our editorial team, independent of our parent company. Some of our stories include affiliate links. If you buy something through one of these links, we may earn an affiliate commission.