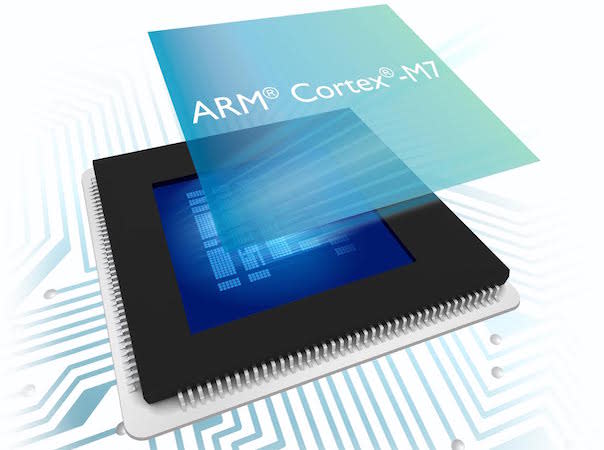 If you have any smart device -- be it a phone, tablet, router, wearable or otherwise -- there's a good chance ARM's Cortex lineup is responsible for the brains behind the scenes. The company just announced the latest processor in its M-series, which is a set of low-power processors capable of handling embedded devices like smart home appliances, drones, automotive and wearables, which is focused on making said devices even more powerful. The M7, as it's called, comes with a 400MHz processor, packing more than twice the punch as the 168MHz M4 that came before it (and will continue to be available to manufacturers). It comes with support for more displays, motors, voice controls, connectivity, audio performance and improved GPS accuracy. In other words, the infamous Internet of Things should become even stronger and more powerful. ARM says that manufacturers are already building devices with the chip embedded, so it won't be long before we get to see if the extra power actually makes a difference in our everyday lives.

In this article: arm, armcortex, armcortexm7, cortexm7, mobilepostcross
All products recommended by Engadget are selected by our editorial team, independent of our parent company. Some of our stories include affiliate links. If you buy something through one of these links, we may earn an affiliate commission.