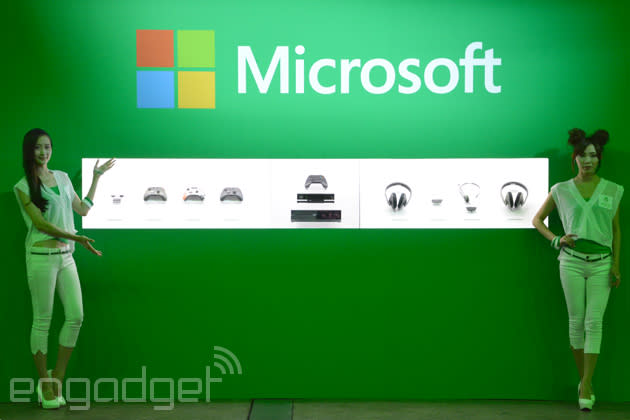 Having just discovered that Halo's Master Chief is actually Chinese, we were about to call out the irony of the Xbox One's delayed launch in mainland China, but now we have some good news. According to our brethren over at Engadget Chinese, Microsoft has just confirmed that its latest console and Kinect sensor will be on sale in China on September 29th, which means local gamers will be able to enjoy them over the week-long national holiday commencing on October 1st. Alas, only 10 games -- including Forza Motorsport 5, Dance Central: Spotlight and Neverwinter -- have been approved by the authorities in the first batch, but the company claims that over 70 titles are already "in development." There's still no word on what caused the original delay; our guess is Microsoft initially felt there aren't enough approved launch titles, but there's always the grey market, of course. Sony, your move now.

In this article: china, console, gaming, microsoft, video, xbox, xboxone
All products recommended by Engadget are selected by our editorial team, independent of our parent company. Some of our stories include affiliate links. If you buy something through one of these links, we may earn an affiliate commission.