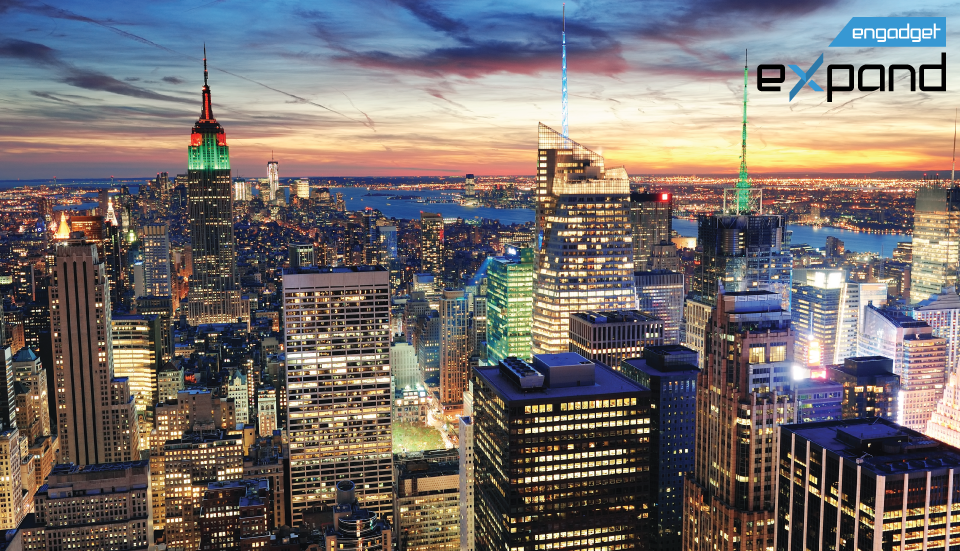 If you're keeping score, we've announced a bunch of great speakers heading to this year's Engadget Expand (such as RJD2 and the head of DARPA, Arati Prabhakar). Of course there's plenty more where that came from and we're excited to announce what else you'll see at the Javits Center on November 7-8 in New York City! You can flip through the gallery above to see who we've already announced and there's much more to come soon. But Expand isn't just about speakers, it's about letting you get hands-on with the future of technology and for that, we've got a few awesome exhibitors to announce. Our friends at OnePlus will let Expand attendees go hands-on with the elusive OnePlus One smartphone. The company's mission is to never settle and deliver a premium-looking smartphone with top of the line specs. The flagship One starts at $299, unlocked and free of contract. Suitable Technologies has a lot planned for Expand, not least of which is letting attendees move around and experience the show floor from the comfort of, say, their Santa Monica beach bungalow. The company's Beam device makes the typical conference call experience much less lame. We met GizmoSphere and its Gizmo development board at Engadget Live in Boston this summer. The company is bringing its experience down to Expand, where you can battle your friend for victory in the ultimate, "immersive" deathmatch. No, no, there won't be blood, but still -- this isn't your typical game, either.

There's much more to announce soon, but in the meantime -- grab your free tickets right here. Also, our 'In The City' sweepstakes runs through 11:59PM ET on October 7th, the winner of which will score themselves and a guest a free trip to Expand on our dime!

(Update: We regret to announce that Michael McAlpine will no longer be able to attend Engadget Expand New York.)

In this article: alex gruzen, alexander reben, arati prabhakar, bas lansdorp, blabdroid, darpa, engadget events, events, expand, expandny, gizmosphere, google, javits center, mars one, marsone, michael mcalpine, new york city, oneplus, oneplus one, OnePlusOne, paul eremenko, princeton, project ara, rjd2, suitable technologies, witricity
All products recommended by Engadget are selected by our editorial team, independent of our parent company. Some of our stories include affiliate links. If you buy something through one of these links, we may earn an affiliate commission.