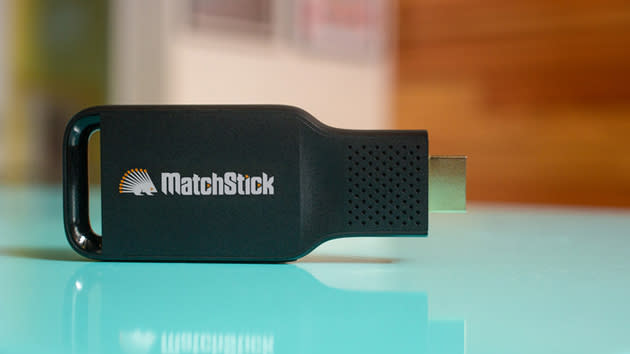 Looking for a streaming media stick that's more accessible than Google's Chromecast? You might have found it. After a few teasers, Matchstick has revealed the first Firefox OS-based media sharing adapter. The self-titled gadget lets you "fling" video, websites and other content from Firefox (naturally), Chrome and supporting apps to your TV. While the hardware should be a bit more powerful than Chromecast, the real allure is a completely open platform -- you can tinker with the software and even build your own hardware if you're the entreprenurial sort. A low price will help, too. Matchstick hopes to sell its stick for $25 this February, and that's assuming you don't back the upcoming Kickstarter project -- get in early and it will cost $18. Even if Matchstick doesn't get as much app support as Google's device, it may be worth a look.

In this article: hdpostcross, matchstick, mozilla, streaming, television, tv
All products recommended by Engadget are selected by our editorial team, independent of our parent company. Some of our stories include affiliate links. If you buy something through one of these links, we may earn an affiliate commission.