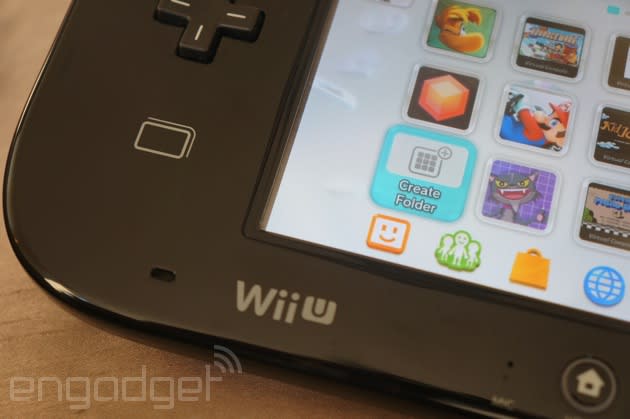 Having too much software isn't a problem many Wii U owners are complaining about. Nonetheless, perhaps in anticipation of brighter days ahead, Nintendo is updating its troubled console with an improved UI for organizing games and apps. After installing the update, a long press on any of the Wii U menu's empty squares will bring up a prompt to create and name a folder that you can fill to your heart's content. The update additionally lets you choose which games and apps appear in the console's new Quick Start Menu, and also comes with the usual bug fixes. Now, if only Nintendo would hurry up with Super Smash Bros, we might have a reason to take advantage of all these new features.

In this article: nintendo, Quick Start Menu, Update, wii u
All products recommended by Engadget are selected by our editorial team, independent of our parent company. Some of our stories include affiliate links. If you buy something through one of these links, we may earn an affiliate commission.