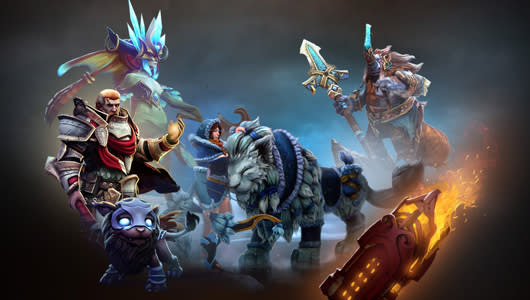 The last few months in Dota 2 have come with a sense of stagnation. The professional and high-tier play meta, on display most prominently in this year's $11 million International championship, was in a rut. Something had to change before players grew bored or frustrated with facing the same three or four team strategies. Last week, Valve delivered an earthquake of a content patch, providing a ridiculously huge update that changed items, heroes, abilities, game modes, core mechanics, and even the map itself. For the next few months, pros and casuals alike must sift through the wreckage and try to re-optimize how they play.

Tune in tonight as Massively's Mike Foster takes one of Dota's newly-reworked heroes for a spin and tries to make sense of the post-6.82 carnage. The action begins at 7:00 p.m. EDT.

In this article: 6.82, defense-of-the-ancients, dota, dota-2, f2p, free-to-play, freemium, livestream, microtransaction, microtransactions, moba, patch, patches, premium, steam, stream, stream-team, streaming, streamteam, valve, video, videos
All products recommended by Engadget are selected by our editorial team, independent of our parent company. Some of our stories include affiliate links. If you buy something through one of these links, we may earn an affiliate commission.