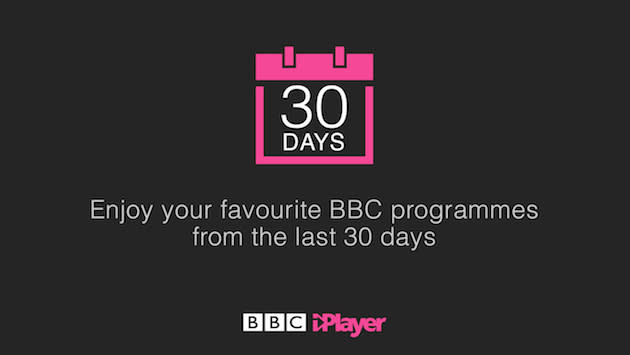 Back in April, BBC Director General Tony Hall announced that as part of an iPlayer revamp, the default programme catch-up period would be extended from seven days to 30. It's taken just over six months, but the BBC has now agreed the necessary terms with rights-holders and widened its playback window for TV and radio programmes. The extension complements its recent redesign and cross-device resumable playback features, but not all content will adhere to the BBC's new availability rules: current affairs programmes like Match of the Day, Crimewatch and news reports will still be exempt, meaning you'll have to get catch up on those long shots and mugshots before that weekly playback period expires.

In this article: bbc, catch-up, hdpostcross, iplayer, programmes, radio, tv, uk-feature, window
All products recommended by Engadget are selected by our editorial team, independent of our parent company. Some of our stories include affiliate links. If you buy something through one of these links, we may earn an affiliate commission.